After much talks of Filipina actress Liza Soberano having a bit of a facial resemblance with the now viral K-pop star Nancy of the group Momoland, the new generation’s “Darna” have finally graced the stage by dancing along with the group’s viral single “BBoom BBoom” during the 40th anniversary celebration of a known beauty brand in the Philippines.

Liza Soberano appeared on stage together with her on screen partner and rumored boyfriend Enrique Gil during the Avon Philippines 40th anniversary, a known beauty brand wherein Soberano was part of their most sought after endorsers.

In their official Twitter account, @AvonPh shared a video clip showing Liza and Enrique dancing to the group’s the viral hit “BBoom BBoom” which has been the most played song in the Filipino radio stations. This song was also used in many dance challenges that’s spreading online. This song is often played on local TV shows like ABS-CBN’s ‘It’s Showtime’. 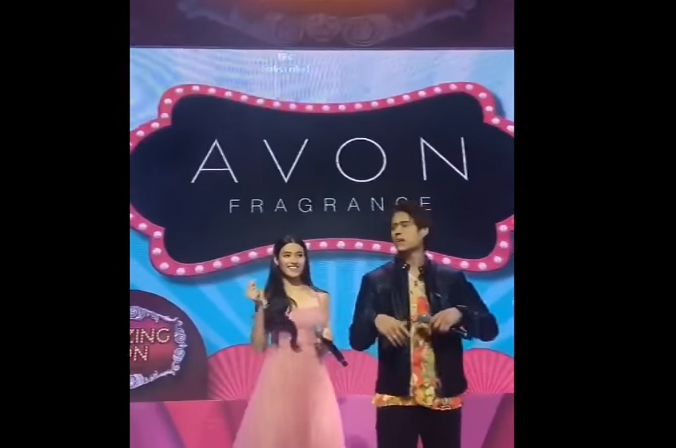 During the said event that was held at the World Trade Center located at Pasay City last Thursday, Soberano and Gil was seen performing a bit of the song’s funky choreography which delighted many Liza and Nancy fans all over social media platforms. This clip easily gained clamors online as it was posted by different fan pages dedicated to Liza Soberano in all of social media including the loveteam’s official fan page under the name “LizQuen”.


And because this observation have been shared in many different platforms in social media including Facebook, Twitter, Instagram and the likes, and have been consistently making rounds online, as expected, the news reached the internationally known Korean pop group Momoland who shared a video of their reaction agreeing to the resemblance between their group member Nancy and Liza Soberano in which Nancy also seems to acknowledge the similarities in their appearance.