Good news to all SSS pensioners! President Rodrigo Duterte has finally approved a Php 1,000 pension hike for the estimated two million retired SSS pensioners this month. Furthermore, another Php 1,000 hike would be given in the future.

The said news has implications to SSS contributors, though. Active SSS members are now expected to pay 12.5% contribution rate, a 1.5% increase from the previous year. In addition, the maximum salary credit will also increase to Php 20,000 from Php 16,000. 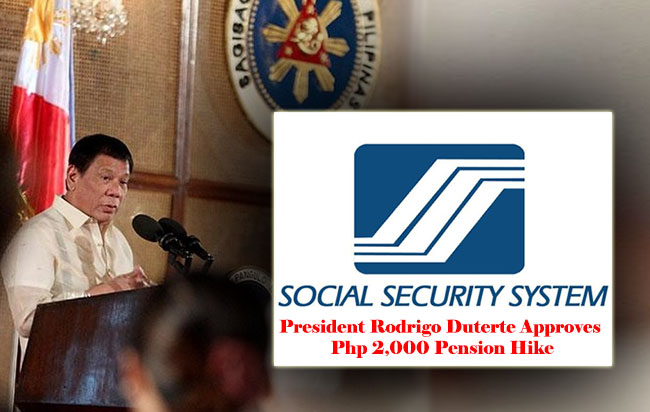 According to Presidential Spokesperson Ernesto Abella,

” Duterte seeks to fulfill a social contract with the Filipino people, especially the elderly and the poor who gave the best years of their lives in service; while exercising fiscal responsibility to ensure the economic sustainability and protect the gains made by those who have prudently invested in the nation’s future.”

The said pension increase is set to begin this January, but according to SSS President and Chief Executive Officer Emmanuel Dooc, computations and other system requirements will cause some delay until February.

It can be recalled that the previous administration was against the said hike making President Benigno Aquino veto the proposal before he ended his term. There were fears that the government-owned company would not be able to handle a pension hike and would go bankrupt if the said law was amended.

However, Abella reiterated that the SSS fund will continue until 2040 once the increase in the contribution rate would be implemented. The president also has no intentions of using the taxpayers’ money since SSS is a private fund. To sustain the SSS funding, an increase in the contribution rate could be increased yearly until it reaches the desired 17% rate in a period of six years.

This is indeed a good start for 2017 for SSS pensioners. However, the hike would be shouldered by the other estimated 30 million SSS active members. Is it a yay or nay?