From electric cars, Tesla has stepped-up to a new level into the alternative energy business by presenting their new product, solar roofs for environmentally friendly homes.

During a press conference at Universal Studios in Los Angeles, Elon Musk talked about the serious crisis that is Global warming and the need to come up with solutions about it. Musk compared the transformation of solar roofs to their electric cars. Tesla automobiles weren’t looking too good when it was first launched in 2008, but after a few years of improvement, they have now been desired by high profile Hollywood stars and Silicon Valley entrepreneurs. 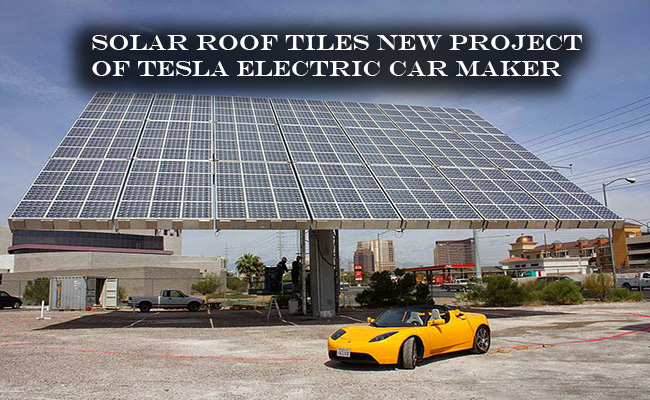 Thus, to make solar panels more marketable, they need to undergo the same transformation. Their goal is to make them as appealing as solar cars. Solar roofs should look better than normal roofs, and should last longer, have better insulation and have lower cost. If they would be able to achieve their goal, they guarantee people would clamor to buy nothing else.

Tesla has now joined forces with SolarCity, a known solar panel maker. With the team-up, they aim to obtain five percent of the market. The roof tiles are made with extremely strong tempered glass, high-efficiency solar cells and colored film.

Musk expects to start the installations of the roofs at an indefinite time next year. He also unveiled an updated version of Tesla’s Powerwall, a compact solar powered battery that can provide energy to homes and businesses.