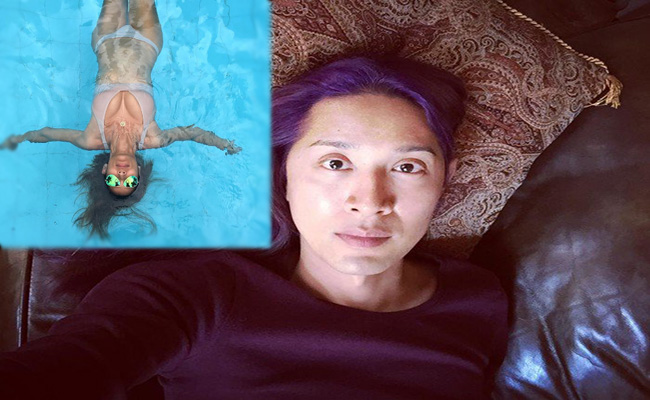 Joey Mead posted a photo of Ian wearing a two-piece swimsuit while on the pool captioning it “Freedom” on her Instagram account. The latter also posted the same photo on his IG with the caption “Best hangover cure @joeymead.”

As of July 2, Ian has been using the name Angelina Mead King, and proudly states that she is a transwoman. She even posted a picture of herself with Joey saying, “ “My rock and my number one supporter! @joeymeadking I Love You! ” Apparently, the said Instagram accounts has been around since 2012.

Words of encouragement poured in from their closest friends like designer Mark Bumgarner, Maggie Wilson, host/model Bianca Valerio and photographer Nicoolo Cosme. Even Ian/Angie’s brother, Atticus King posted a picture with them saying, “Here’s a pic with my former kuya who is now my ate. Meet my “new” sister

Angelina also thanked her supporters on her Twitter account. She also posted her gratitude on her Facebook account saying that a weight has been lifted off her heart. She is also excited to see everyone soon.

A transwoman is a person who was male at birth, but whose gender identity is that of a woman.