After twenty one agonizing days, Ian Jasper Calalang, who was reported missing since January 12, finally returned home around 11 PM on February 1. His mother confirmed his return but did not further share the reason of her son’s disappearance to protect the 18-year old’s privacy.

Ian’s family has also contacted the authorities to inform them of the incident. They also expressed their gratitude for those who helped and prayed to search for Ian. 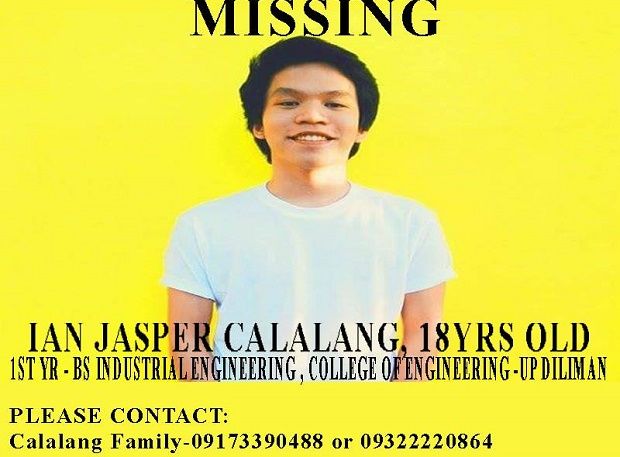 It was previously reported that University of the Philippines Freshman Ian Jasper Calalang was supposed to enroll in UP Diliman.

He was still able to send a text message to his mother at 8:22 am on January 12 informing her that he was already inside the campus. His parents found it unusual because he had always been responsible in informing them of his whereabouts. However, when his parents viewed the CCTV footage at the entrance of UP’s Melchor Hall from 7 am to 10 am of Tuesday no leads were found.

Many netizens have been puzzled by the supposed disappearance and return of Ian Calalang, which lead to some speculations regarding the incident.