Vice-presidential candidate Allan Peter Cayetano revealed on a press conference at Taguig City last Monday, January 4 that his tandem with Davao City Mayor Rodrigo Duterte is planning to improve the judicial system in our country and will not tolerate anti-human acts.Their tandem will mainly focus on anti- crime and corruption and will have a fair justice.

They also plan to increase the salaries of policemen from 75,000 to 100,000 for three years. This is a huge gap to what the police officers are getting nowadays. 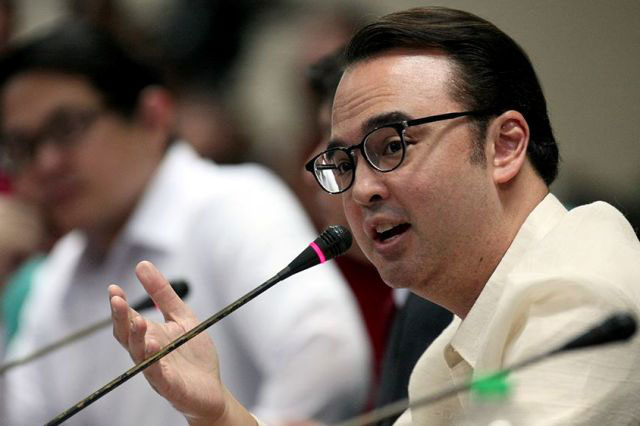 The lowest rank police officer gets every month is about 14,834 while with the tandems promise, the lowest monthly salary of a police officer will be 75,000 which is five times higher. If ever they will fulfill this, it is higher on the amount that a director general earns which is about 67,500.

Duterte is the one who offered this proposal according to Cayetano. This topic is mostly on Duterte’s public speeches and he is eager to increase the salaries of policemen as well as soldiers for about three to five times. He thinks this is a solution so that the police officers will be more industrious to catch criminals and for them not to persuade bribery.

According to the national expenditure program, the budget for PNP in 2014 was 99 billion but it dropped in 2015 with an amount of 60.6 billion. With their tandems proposal, the PNP budget must need 135.5 to 180.7 billion which has a huge difference with the supposed budget for PNP. Enable for this to happen, the government must need to spend 4-6% of the national budget for the salaries of police officers alone.

Cayetano revealed that it doesn’t need to increase the taxes cause the country had a budget of over Php 3 trillion since Pnoy became the president and just limit the infrastructures. He added that if the increase in salaries for policemen will pursue, corruption and crime will lessen. Source: Rappler