Within hours after Kapuso actors Dingdong Dantes and Marian Rivera posted their baby’s first photos, netizens are quick to appreciate her similar features with her mother.

Many say that Maria Letizia or nicked named as Zia may have won the genetic lottery as she looks like a princess with her long eyelashes, fair skin and high nose. The Instagram posts of the showbiz royal couple of their small angel’s photos are gathering thousands of likes and shares within hours of postings. 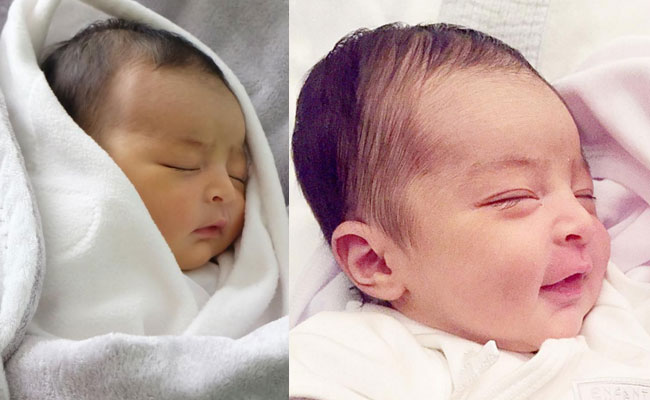 Though Baby Zia is just 11 days old, her photos had easily gone viral and broke the internet. It was Marian Rivera who first posted the photo of her princess. Baby Zia simply looked like an angel in her while baby clothes. She also seemed to be smiling with her eyes closed. Marian captioned it with her experience during labor. She was 41 weeks pregnant when she went into 18 hours of labor. She also thanked her husband for his support.

Marian also shared her joy for being a new mom and for having a complete family. Dingdong Dantes later posted another photo of their baby wrapped in a personal blanket embroidered with ‘Letizia.’ he admitted that he almost have a thousand photos of their baby, but his shared photo of Zia wrapped in the personalized blanket while sound asleep is one of his favorites. He also thanked the people who had been part of their experience and prayed for them.