When Rhonda “Rowdy” Rousey step on the UFC arena everyone was in awe in her 12-0-0. Her amateur record is 3-0 all wins by submission.

Her professional record is nine submission (mostly via armbar), two knock outs and 1 technical knockout. Her total time in the ring for her entire professional career is fifteen minutes and six seconds. Not bad for a woman in a male dominated octagon. 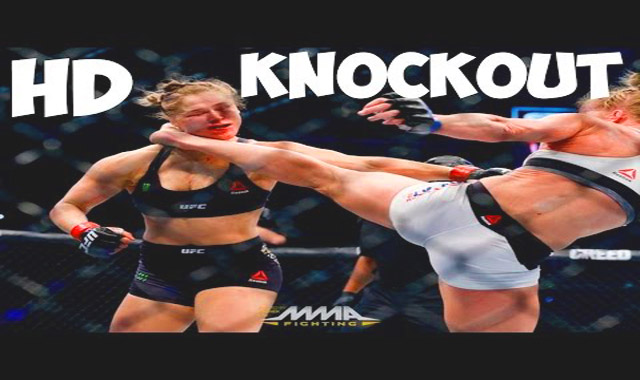 The number nine contender; Holly “The Preacher’s Daughter” Holms has ten wins. Three of them are knockouts, four technical knockouts, one unanimous decision and one split decision. Her total octagon time is thirty one minutes and three seconds.

During the official weigh in of Rousey and Holms

Holms that had a great boxing record of 33-2-3 record faced controversy before the fight. Some critics aren’t in favor of the match up. According to Joe Rogan, a UFC commentator, Holms isn’t the best matchup for Rousey. Though she can throw punches, she is vulnerable on grappling which Rousey’s specialty. Rogan also mention Amanda Nunes as his bet for the matchup.

According to the famous website BestFightOdds.com, Rousey is a -1450 (14.5-to-11) favorite to Holm’s +900 underdog line. Making a one sided judgment basing on the stats of the players. This bout is between two undefeated women and of the best.

Rousey Got Knocked Out by Holms: Highlights

During the official weigh in of UFC 193 Melbourne, Rousey showed her confidence by provoking Holms and had to be separated by the game officials. Holms keep her cool and even praise Rousey. Then when the bell rings on the octagon, Rousey got her first defeat from the underdog.