Home celebrity Sold Out: Tickets for ‘AlDub Sa Tamang Panahon’ to be held in...

Much to the disappointment of many AlDub fans, TicketWorld has confirmed that the tickets for the “Eat Bulaga: Sa Tamang Panahon” to be held in the Philippine Arena has been officially sold out. The event on October 24 has long been awaited by millions of fans worldwide and the time has finally come. #AlDub

AlDub Nation, the name the tandem’s fans has fondly called themselves, made a new breaking record when the tickets was said to have sold out only three hours after the sale of tickets has been announced by the TicketWorld. Since Monday, there had been some rumors that the ticket were sold out, and by the next day the fear of many fans who were not yet able to avail the ticket has been confirmed. 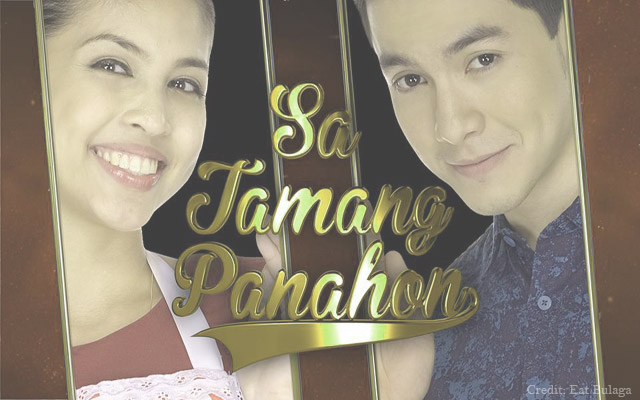 Many post that they have to accept that they will just be ‘team bahay’ since they were unable to grab some tickets. The event has been anticipated since Yaya Dub had met Alden Richards through Eat Bulaga’s split screen. Sparks of excitement could not be hidden from the lass, making the show’s staff realize that she has a crush on the actor. Soon, the tandem AlDub has been born to take the nation by storm.

The ‘Eat Bulaga: Sa Tamang Panahon’ might be one of the biggest event the longest running variety noontime show had. As the tickets are sold out, more than 50,000 people are expected to be housed by the Philippine Arena.

The proceeds from the tickets which cost around Php150 to Php1,200 are dedicated for the creation of‘AlDub Library,’ to be put up all over the country.

According to the MMDA, heavy traffic on Saturday in NLEx must be expected due to the said event. Additional traffic enforcers will be stationed in anticipation of the heavy traffic.

Eat Bulaga had announced that some fans with tickets can avail of free shuttle buses to take them from Metro Manila to the Philippine Arena. On Tuesday, October 21, KalyeSerye actors shared that ticket must be original and not forfeited. Also pregnant women and very young children are discouraged to go to the event.