The magic of disappearance then reappearance of things seems to be common in a magic show, but how this guy multiples a single bottle into 9 bottles is quite amazing.

Actually, the second bottle came from nowhere since he showed the public the empty tub and from that, the other bottles emerge. He even managed to exchange the glass and bottle simultaneously from one place to another. 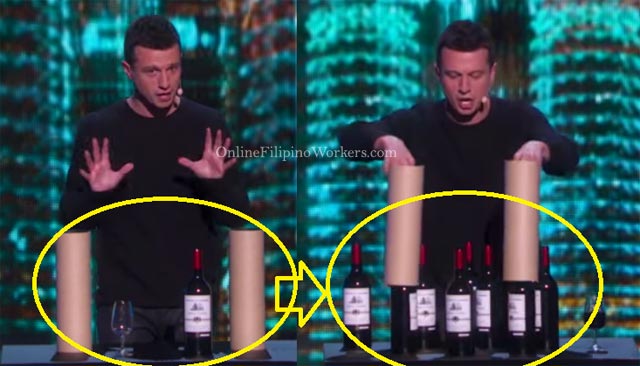 His performance resulted to a standing ovation from the judges and the audience as well.

This guy auditioned in America’s Got Talent which was done very recently. His performance video was shared and spread online.

He wowed the public and had a standing ovation for this wine bottle trick. Not a very common magic trick which is why the audience, most importantly, the judges were so much impressed about his performance.

We can surely see more from this man and his insanely great performances and magic tricks these coming weeks.