Home Abroad Plastic Rice are Spreading out in Asian Countries

Food Authorities in Asian countries already started to setup a team of investigators to check out the Rice Plastic scandal spreading out in Social Media sites like Facebook, Twitter and Yahoo news.

The issue already spread out not only in the Philippines but also in the neighboring countries of China. Some tests say it was made of potatoes with some plastic materials. It is also molded to be like rice granules. 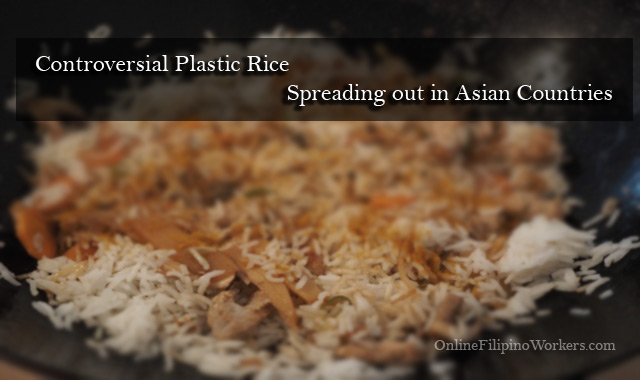 Other online reports are saying that rice products with plastic materials originally started from Chinese markets. This plastic rice can be only distinguished by cooking it. You will see a sheath of plastic on top it after you had cooked the rice.

Singapore, Malaysia and Jakarta are one of the most active in plastic rice investigation, they already had the information where it came from, further examination from the plastic rice where conducted, but no information about the result was released. Rumors are also spreading out that this fake rice already breached the Singaporean markets.

Only way to avoid this fake rice from China is to buy into trusted sellers in the Market, you may also recheck it to prevent digestive infection.

Hope they can act faster. Thousands, not thousands but millions of people may be affected of this plastic rice since Asian countries culturally eat rice in their tables.