Hot Item – Multi-awarded actor, Jiro Manio, is seen roaming around Ninoy Aquino International Airport (NAIA) for 4 days. The child-actor is said to be homeless and is just asking for food from airport personnel and strangers.

With t-shirt, shorts and a towel hung around his shoulders, Manio is seen roaming terminal 3 where fast food chains are located, hoping that leftovers will be given to him. A security guard from NAIA 3, Frank Sorca, is one of those kind-hearted strangers who practically help feed Manio and also gave him clean clothes. The security guard states that he pitied the child actor because he seems like very hungry and is just using dirty clothes. 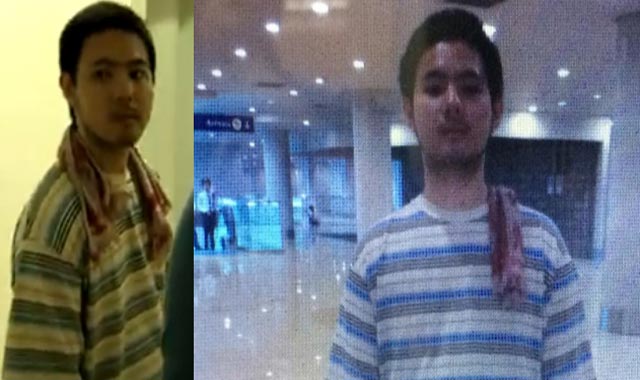 The airport attendants are said to be giving Manio food and other amenities while he is in the airport. The people who saw Manio thought that he is really not in the right, stable mind because when asked if he’s an actor, he would deny it right away. He would also say that he just looked like Jiro Manio and is even asking for evidence that he’s really an actor.

According to witnesses, the actor has bruises all over the body when he first showed up in Terminal 3, signs that he was beaten up. When asked why he is in the airport, he’d say that he has enemies at home. But then, his answers are not consistent.

His real name is Jiro Katakura, 23 years old, the Philippine’s youngest multi-awarded actor after winning a Filipino Academy of Movie Arts and Sciences Award (FAMAS) award in 2004 for Magnifico, he is still 12 years old that time. Another award, GawadUrian and Luna Award, from the same movie was taken by just him the same year.

Manio went to a drug rehabilitation center in 2011 because of drug abuse and had therapy for almost a year. Source: PHinquirer