Chinese contemporary artists Sun Yuan and Peng Yu have shocked the world yet again with another mind boggling work of art. A new piece, entitled “Angel” has been recently installed in Beijing, China. The sculpture made of silica gel, fiberglass, stainless steel and woven mesh depicts an old woman lying on the ground. She had featherless wings which described her as an angel. 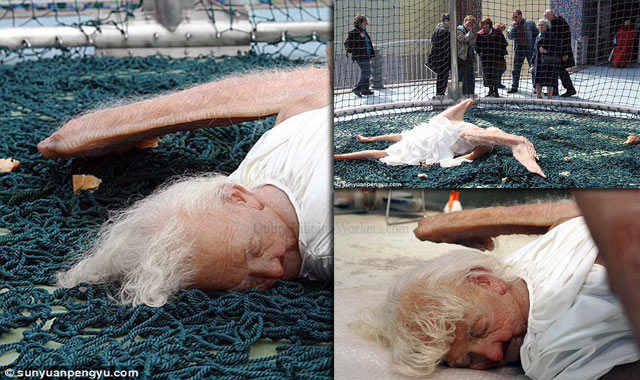 According to the makers, ‘The angel, a transcendent being, has become powerless, unable to carry out God’s will, or to help those who believe in its existence.’ It also illustrates the tension and changes between surrealism and realism. The art work looked strikingly realistic that some hoax news were being spread on social media sites claiming it was a ‘real captured angel.’ 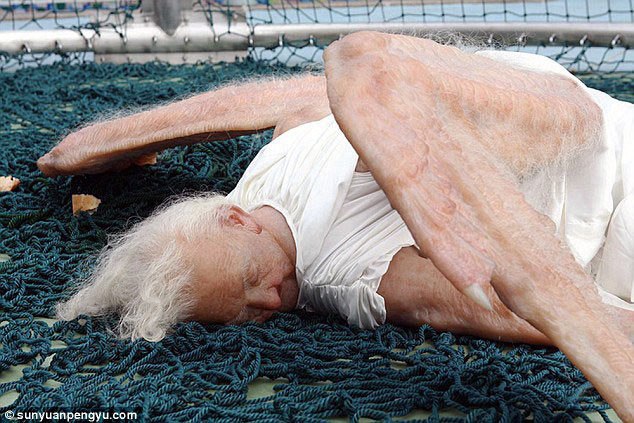 This was not the first time, however, that the duo shocked the art world. In 2000, they used baby cadavers for their art piece, “Body Link”. It was set to focus on the human condition, particulary life and death. They also used human body fat for a work titled “Civilization Pillar” in 2001.

In their installation called, “Dogs That Cannot Touch Each Other” in 2003, they chained living ferocious dogs on moving treadmills which, as the title suggested, could not touch each other. They also used a live tiger on their installation ironically named “Safe Island” also in 2003. 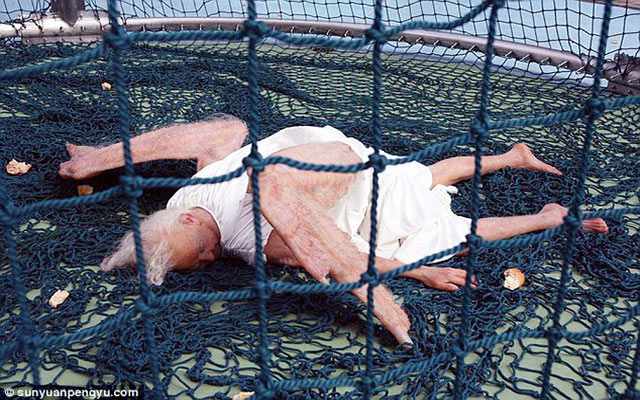 Although some art experts hail these artists eccentric choice of mediums, some people would not be comfortable with their work of art. Nonetheless, it is undeniable that the controversy surrounding the artists duo also adds to the attention they are gaining, together with the timely social issues being tackled by their art installations.