There are already too many reported cases of food poising in the Philippines. Worst, most of the victims were children. Though, sources of these contaminated foods were already identified, it is still very alarming to know that the minute you eat something, might be the food you’ll intake.

Another food contamination is taking abuzz online. In a Facebook post, a mother named Rissa Gabriel Zaragoza angrily shared her story about his experience with a Nestle product. According to her, she brought a Milo Tetra Pack in SM Supermarket. Her 7 year old son opened it not knowing that it contains something horrible inside. 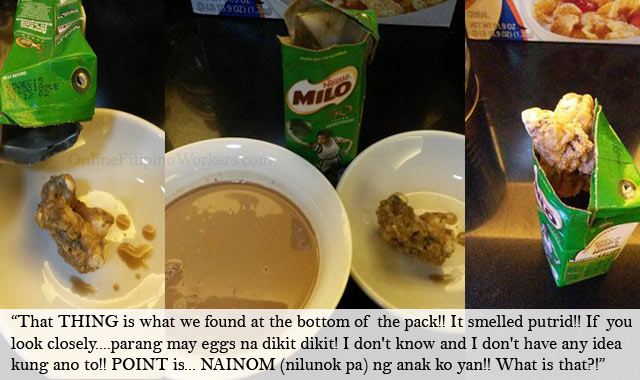 Her son run to the sink almost throwing up, then told her that his drink is already expired. She check it and felt contented that the expiry date is still on Dec. 5, 2015. But she managed to notice that the product is somewhat heavy than normal. So she opened it and was terrified with what she saw. Its unidentified thing that smells like putrid, the appearance is unexplainable.

The whole experience was very horrible. Knowing that your precious child took in contaminate food is really not tolerable. She already notified the store where she brought the Milo drink, so they can pull out the product. Who knows, there might still be other contaminated products out in their shelves. 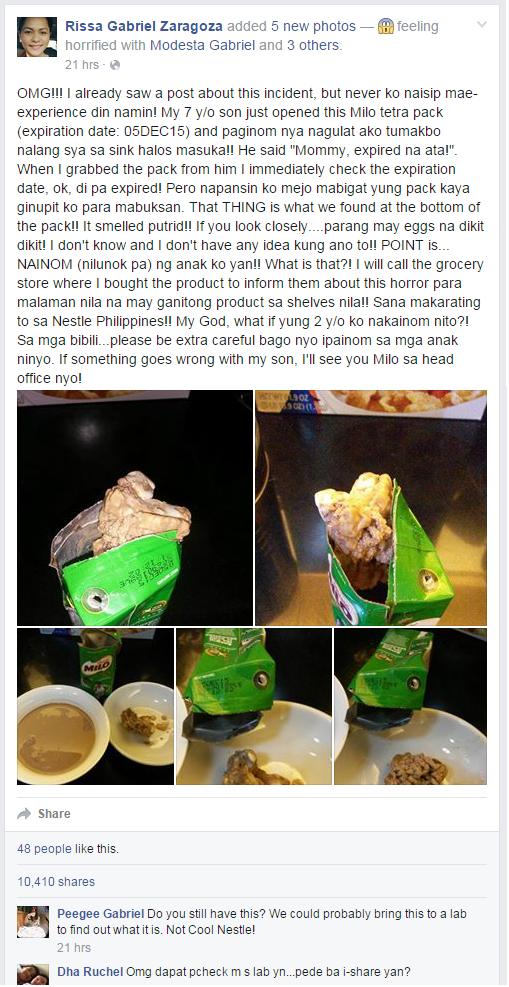 According to her she notified Nestle Philippines, but they didn’t offer a good explanation with their contaminated product, instead, they just offered to give her another batch of Nestle Products. She angrily refused to accept it stating that her kid won’t drink their product anymore.

Here is the images of the said contaminated Milo. 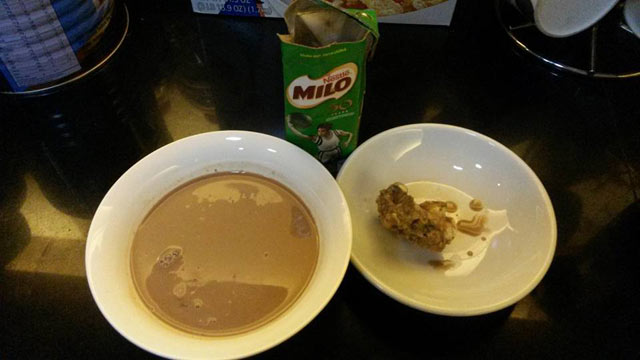 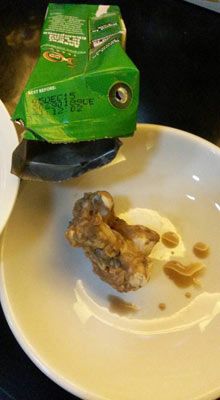 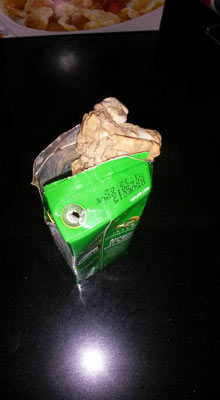 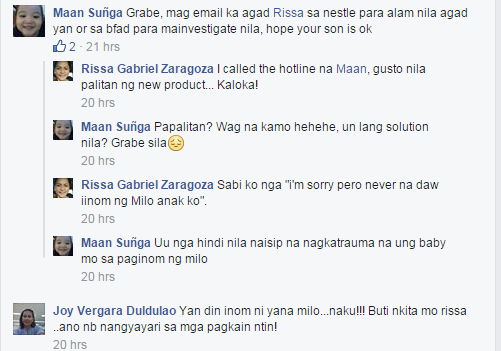 She also asked the public to help her spread Facebook post so it’ll get to the main office of Nestle Philippines and her issue will be investigated so there won’t be any more victim of food contamination. Who knows what you can get the next time you open another another product.

UPDATE: In behalf of Nestle Philippines their PR sent an email to us with their Official statement regarding the report.

The quality and safety of our products and the welfare of our consumers are non-negotiable priorities for us at Nestlé. We take the complaints of our consumers very seriously, and we have been in touch with Mrs. Zaragoza since her concern was brought to our attention on July 29, 2015. Our Quality Assurance experts are now conducting laboratory tests to determine the possible cause of the problem and will work through the weekend to complete the tests. We shall discuss the results of our laboratory tests with Mrs. Zaragoza as soon as available.

We wish to sincerely thank Mrs. Zaragoza for fully cooperating with us.
***

We value both sides of the story and we are happy that they have explained and fixed the issue.