All of us need a decent work to sustain food for our family, but what is the most daring part of your life you made just to have a work. #‎BoyGiftWrap‬

A single parent, a teenage girl or guy, or a family man needs it nowadays to help their dependents. Let us check out the story of a woman, a mother of 3, and specifically a single mom whose only intention is to find a work in the Business Process Outsourcing field since this area pays well and does not require any high educational attainment. But, What if a stranger wants to help you and request something for a return? A request you cannot accept and give to anyone, a request that needs love? 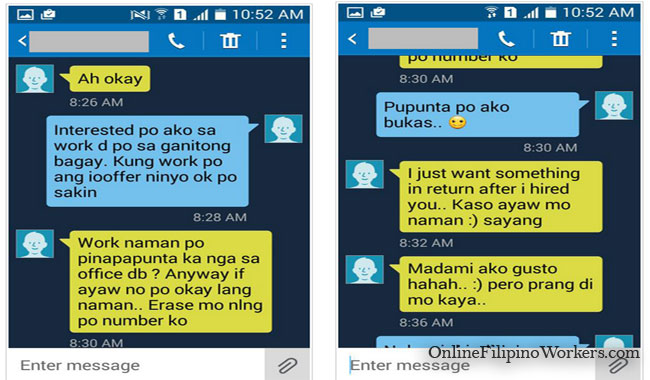 There is a guy who is offering an indecent proposal to this woman that wants to enter BPO Business. We do not know exactly the real information about the guy accused as of now. We hide the names to protect their privacy. 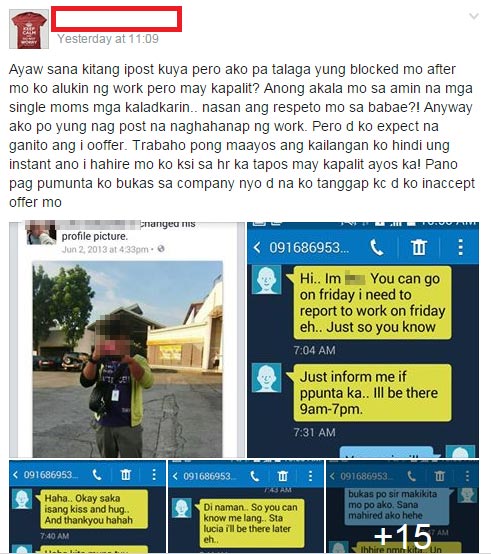 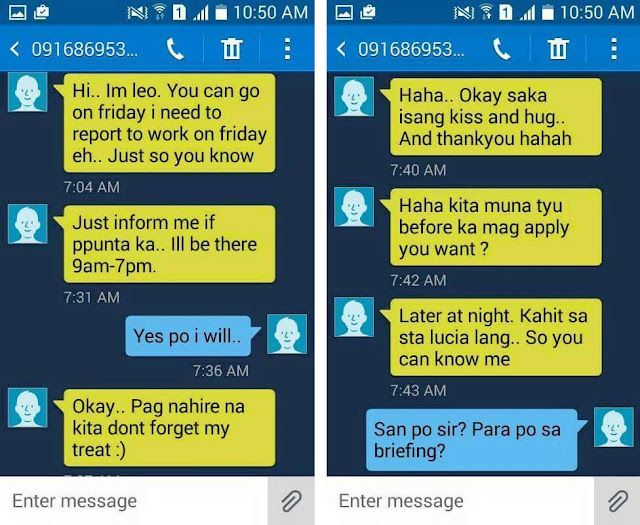 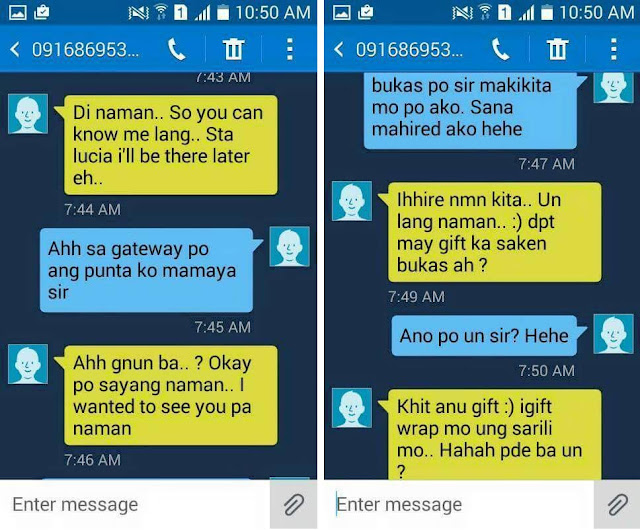 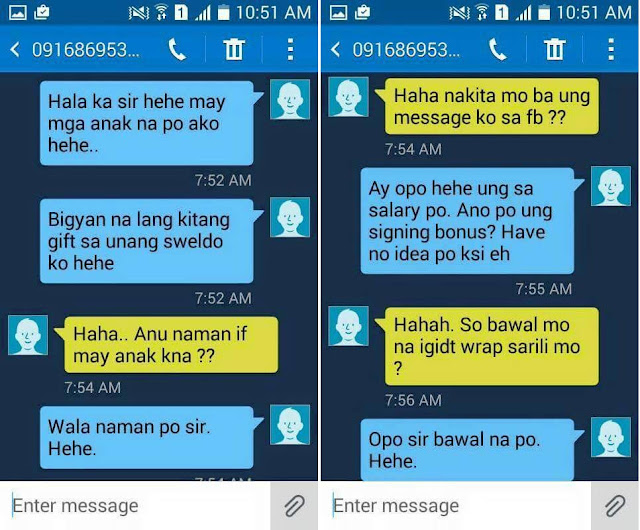 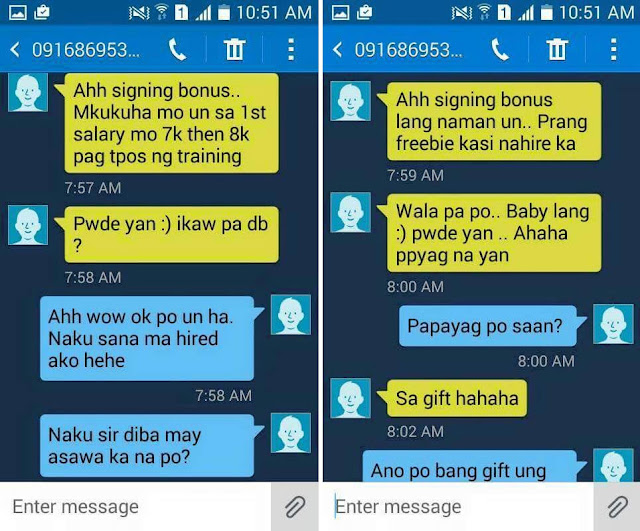 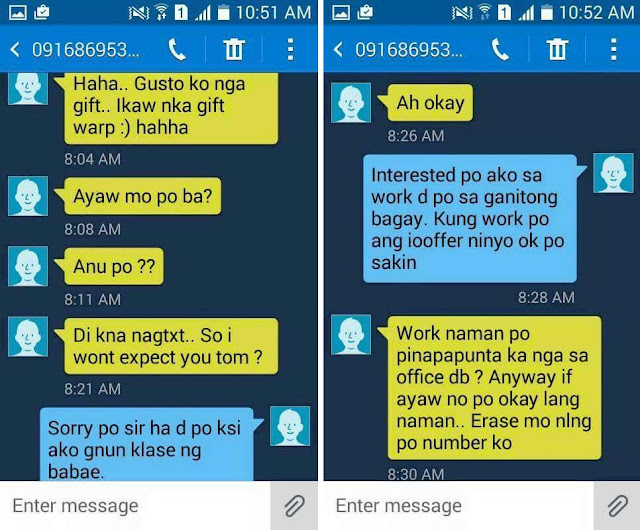 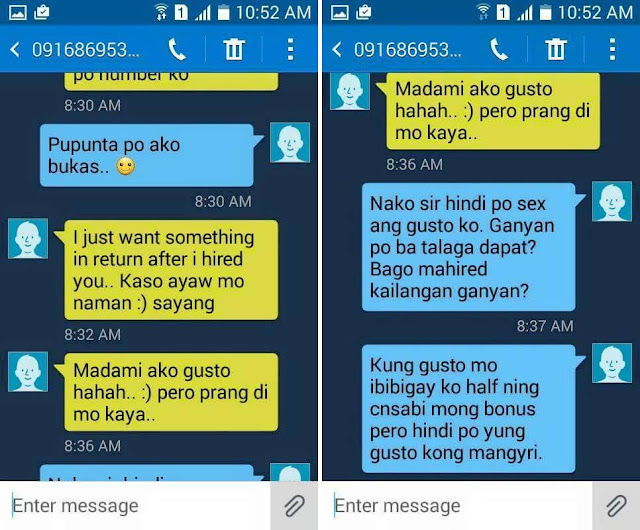 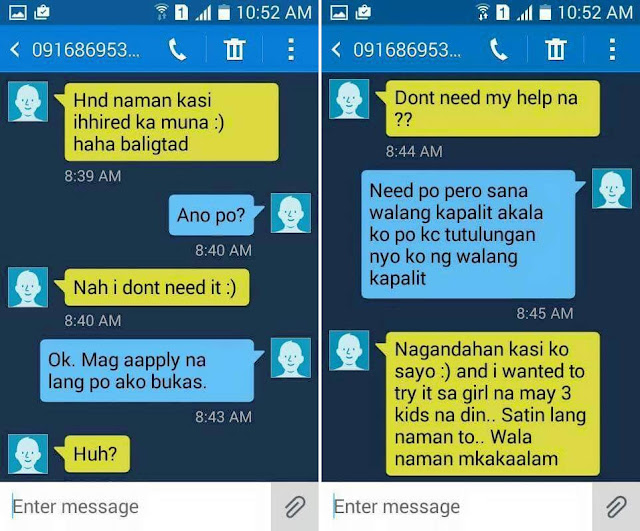 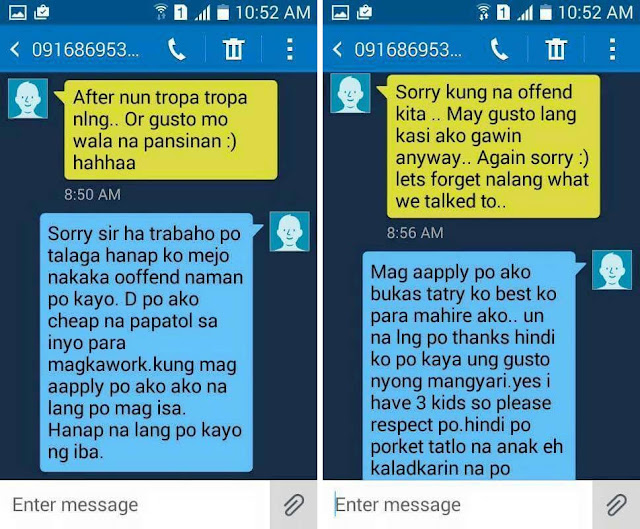 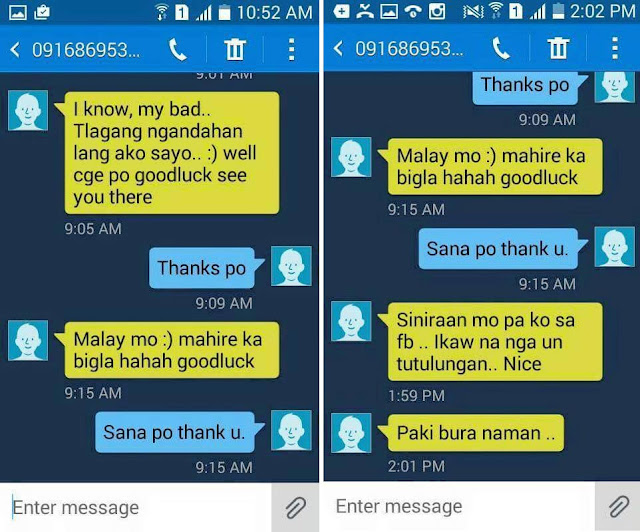 He said that he is with her wife all day long preparing their baby’s certificate of birth. He also said that he will not use his own Facebook account and phone number to do some unruly offer to anyone. 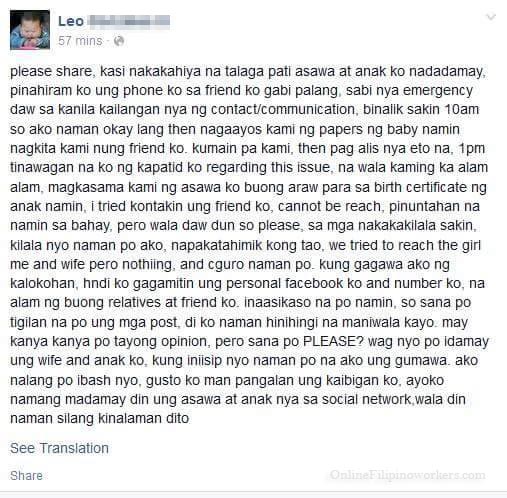 At 2PM friday the said guy allegedly texted the girl asking the girl to remove her facebook posts. 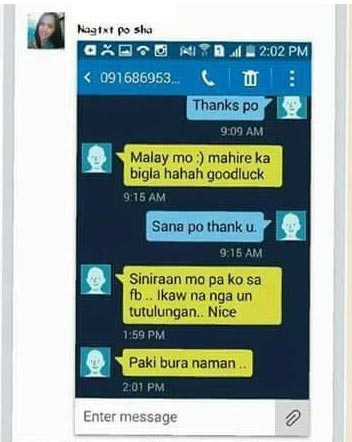 The alleged guy wants to stop the negative comments he was receiving until now. He wants to show off his friend’s information but he did not with respect to his friend’s family.