Home business Operations of Philippine National Railways (PNR) will not Continue Effective on May...

The suspension was due to the derailed PNR train on April 29 at the Skyway Magallanes exit, causing injuries to dozens of passengers. Three coaches was derailed. 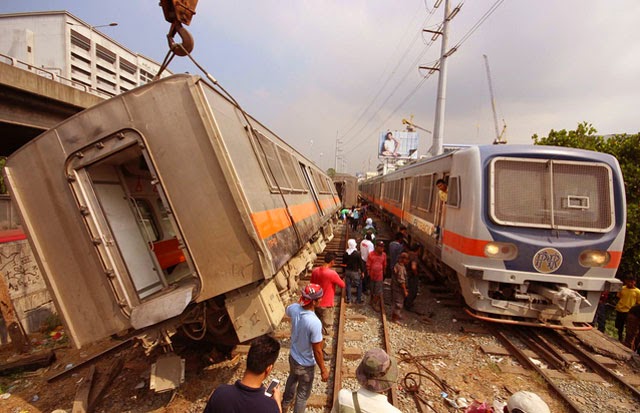 The said suspension, according to Manager Diosdado Silva, PNR Assistant General, will affect the train service from Tutuban station to Calamba.

This is to give officials the chance to inspect the PNR train tracks for the safety of the passengers. Though it is not clear when the operation will be back to its usual routine, Silva assured the commuters that the operation will resume once the inspection had been done and assessments have been finalized. The integrity of the tracks must first be certified as safe for the trains to use.

According to the statements of Paul de Quiros, PNR spokesperson, the derailment had been caused by missing parts of the rail tracks including rail clips, angle bars and rail joints.

Last year, August 2014, the southbound PNR train was also derailed due to damaged rail track parts. Fortunately, no passenger was hurt in the incident.

The safety of riding PNR trains had been questioned by the commuters. The extensive inspection is expected to give light on this question. However, there is not exact timeline on how long the inspection will last.

The passengers will have to take other means to get to their destination, but this will also have to take more expenses for the fare. While only Php20 is charged for a PNR trip, other options for them will cost Php 80.

In some reports as stated by Philippine Inquirer, the missing parts of the rails tracks had been sawed off.