Home Abroad Mayweather and Manny Pacquiao Wins a Paycheck Way Higher Than You Could...

The Fight of the Century had been finished and a stream of issues had followed the megafight. Pacquiao may have lost the fight, but Floyd Mayweather Jr won’t be the only fighter to go home with millions of dollars. In fact Pacquiao might have gone home with a paycheck way higher than you could ever earn in your lifetime. 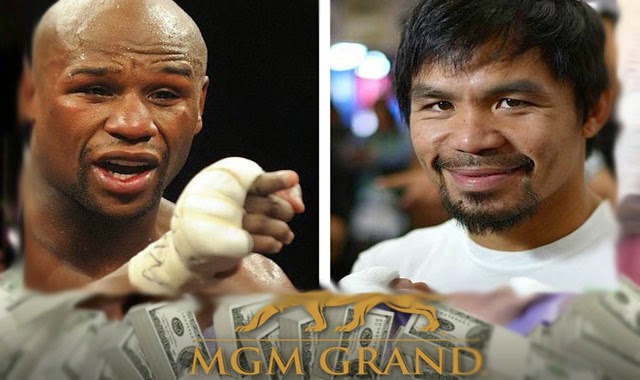 The fighters of the megafight are two of the highest paid athletes in the world. The list athletes passing the $425 million mark of earnings is not long, as it includes Tiger Woods, LeBron James and Kobe Bryant to name a few. These athletes made most of their earning though endorsements, including Pacquiao.

Last year, Pacquiao ranked as the 11th highest paid athlete, a huge chunk coming from his endorsements alone. According to Forbes, Pacquiao could have brought home $425 million from the fight against Mayweather.

Aside from his earnings as a boxer, he had also earned $30 million alone from the endorsements. Pacquiao is usually seen on various TV advertisements and posters. He had been endorsing Hewlett-Packard, LBC, San Miguel, East West Bank, Head and Shoulders and many more. An estimated figure of $800,000 is from the advertisements yearly earned by the Filipino boxing icon. His fights also gives him millions of dollars, with his highest earnings from the megafight.

While Pacquiao earns a lot with his endorsements, Mayweather is the only athlete on the top paid athlete list that does not have any endorsements. Mayweather used to have a contract with Top Rank, but paid $750,000 to get of it. It may seem to be a lot of cash but he had earned much more after he became a free agent.

He is on top of the list of the world’s highest paid athlete he had no endorsements. Before the Fight of the Century, he had earned a total of $420 million. He had earned his money after he left Top Rank by staging his own fights. He is his own promoter, and gets higher cut that way. Since he is a free agent he won’t get to share the earnings he gets from the ticket for his fight, or even from the posters and every snacks people get while watching his fight. He even gets a shared from the earnings when his fights are shown in theaters and cable.

Mayweather has total control of the back end of his fights. If he ever endorses, he endorses himself and his own fights. He even makes huge money from selling his own fight merchandises. So he earns not only by stepping on the ring, but also being at the back stage of his fights too. Is was estimated by Forbes that he had gone home with $150 million after his fights against Pacquiao.