Lenovo now tries to get ahead of the smartphone market, releasing Vibe Shot as their latest smartphone with over the edge camera features.

Lenovo shows they are taking the camera features of smartphone over the edge just by seeing the sleek design. The metal and glass mixed perfectly to case this newest Lenovo gadget. The edges are lines with metal, with an extra metal strip at the back. The shape is like any candy bar shaped smartphone but it feels secure in the hand. It is 7.3mm thick with the weigh of 145 grams. 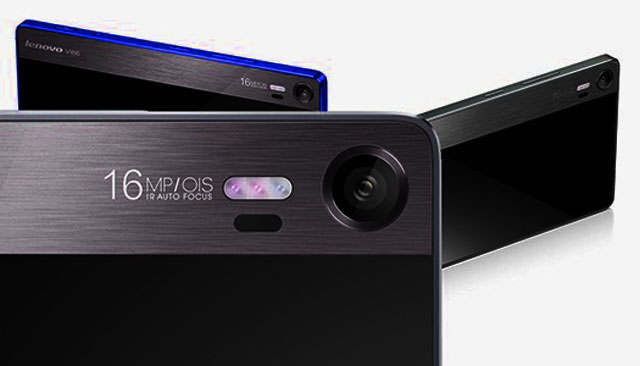 The Vibe Shot also has a camera button that you can use to change settings and be like a pro.

Lenovo Vibe Shot is powered by 64-bit octa-core Snapdragon 615 SoC with its tempting 3GB RAM and a built in storage of 32GB. You can’t expand the memory as it has no SD card slot.

The 5 inch display has 1080p panel that gives the images its vivid colors. It has two Nano SIM card slots and Bluetooth connectivity. The battery is also promising as it has 2900mAh capacity.

The rear camera has 16-megapixel and infrared focus that secures clear and crisp images even with low light condition. Lenovo is proud to boast thet its camera can focus twice as fast as the other cameras.

The front camera has 8-megapixels perfect for selfies and groupies. The images are sharp and clear with vivid colors even when transferred to other devices.

With the price of $349, Lenovo aims to be more competitive in the global market. Focusing with the camera, Vibe Shot is one of the best on the list of smartphones with over the edge camera that seemed to also compete against digicams.
June 2015 is the announced released of the phone in the Philippine market.