The Vampire Diaries fans must prepare themselves as the rumor of the heroin Elena Gilbert saying goodbye one last time to Mystic Falls had been confirmed by Nina Dobrev herself in an Instagram post over the weekend. 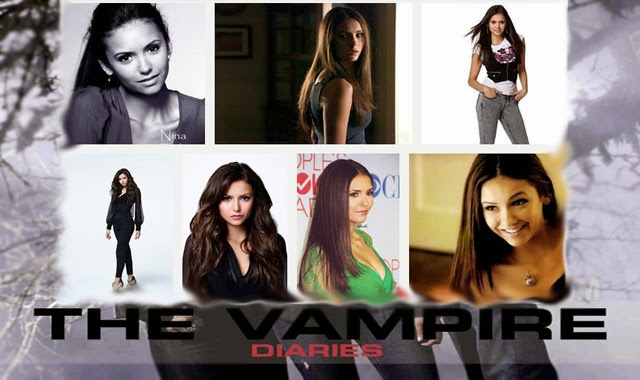 The rumor started when some cast and crew of TVD had posted photos of Dobrev with a hashtag saying that they will miss Nina. Fans started talking about her leaving the show and it had been confirmed by Dobrev herself as she posted her own photo saying that she had a goodbye party with her TVD family.

While it is unclear whether Elena Gilbert will die (for good) or just leave the realm of the Mystic Falls, she is definitely showing up for the last time this season. Julie Plec, TVD executive producer, had issued a statement on the news. She shared that in the six years of being together, the TVD cast and crew had been closer than they had expected. She also said that Nina will be spreading her wings, travel and have some rest. They will miss Nina but the story of the Salvatore Brothers will continue on.

Plec also added that something about the departure of Michael Trevino. Trevino had been part of the series since the pilot and Plec shared that his character will still be felt in the story as the series progresses.

Together with the posted photo in Instagram, Dobrev also shared her thoughts on her leaving.

Dearest TVD Family, I’ve just spent the most beautiful weekend on Lake Lanier in Georgia with my own TVD Family, the cast and crew of The Vampire Diaries. I want to be the first to tell you that it wasn’t just a holiday celebration, it was a goodbye party. I always knew I wanted Elena’s story to be a six season adventure, and within those six years I got the journey of a lifetime. I was a human, a vampire, a doppelganger, a crazy immortal, a doppelganger pretending to be human, a human pretending to be a doppelganger. I got kidnapped, killed, resurrected, tortured, cursed, body-snatched, was dead and undead, and there’s still so much more to come before the season finale in May. Elena fell in love not once, but twice, with two epic soulmates, and I myself made some of the best friends I’ll ever know and built an extended family I will love forever. There’s more to come before we wrap this up, and I promise you’ll get to hear all about my experiences over the next month as we approach the season finale (I have given an exclusive interview for the June issue of SELF Magazine that I am excited for you to see!), but until then I invite you to hop on the roller coaster ride that is Elena Gilbert’s life and join me as I celebrate her and prepare to say goodbye to her — and to my work family — as I move on to the next chapter of my life. I want to share this goodbye with all of you (this weekend’s pictures were just the beginning). You, the wonderful fandom who gave more love, support and passion than anyone could have ever imagined seven years ago, when a young Degrassi girl from Canada showed up in LA to audition for ‘that Twilight TV show.’ 😉 I love you all. Fasten your seatbelts. If you think you know what’s coming, you don’t. Love, Nina
A photo posted by Nina Dobrev (@ninadobrev) on Apr 6, 2015 at 5:01pm PDT

She shared that Elena’s character had gone through a lot. From being a human, she became a vampire, an immortal, a doppelganger and human again. She also got kidnapped, cursed, tortured and died only to live again. Dobrev promised tha Elena’s future in her last season is something that nobody will expect. Sha thanks her the TVD fans for their support and love.