Supermodel Sean O’Pry had announced that he is the new Penshoppe ambassador on January 30, 2015 and now he had set foot in Manila. The 25 year old model shared a photo of him in the Ninoy Aquino International Airport on Facebook and shared a photo of ricefields taken from the plane’s window seat. 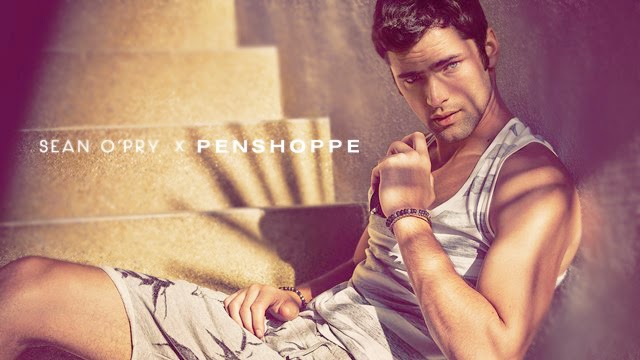 O’Pry is scheduled to participate in Penshoppe’s Denimlab Fashion Show to be held on April 11 at SMX Convention Center and fans are in for a treat as O’Pry will also have a meet and greet session.

When he was in highschool he had his interest in sports like basketball, baseball track and field, and football. The Georgian native supermodel was discovered through his MySpace account after his prom photos were posted. After being discovered by judge Nolé Marin of America’s Next Top Model, he had walked in the fashion shows of major fashion brands such as Lious Vitton Givenchy, Versace Chanel, Saint Laurent and many others. His face also appeared on the covers of magazines and was even named as 2009’s and 2013’s Most Successful Model by Forbes. He earned $1.5 million in 2013.

He was already a highly paid top male model when he starred in Taylor Swift’s music video for ‘Blank Space’. His fame shoot higher as many more eyes were caught by his looks. O’Pry shared that the filing only took two days in the upstate New York. When he was casted for the music video, he had to keep it as a secret for almost three weeks. He also shared that Swift was incredible and he would love to meet her cat Olivia Benson since he has a mini Australian Shepherd that that loves cats.

When he was asked by E! Magazine what he would d if he wasn’t a top model, he shared that he wanted to have a job connected with biology. O’Pry is a middle child with an older brother and a younger sister who was thrilled to see him in Swift’s music video.