After the announcement of the newest fighter, Josie Rizal, to join Tekken’s legacy, it is interesting to know the other Filipino characters in various video games. Seeing a Filipino character is indeed rare and one’s feeling to see these come to life brings pride to the country. 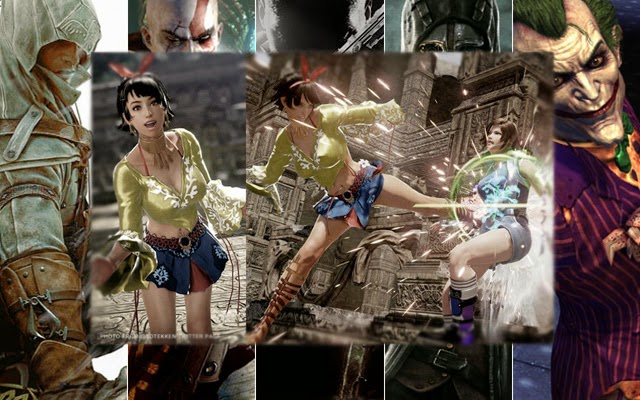 For 17 years, there are some Filipino characters in video games that had surfaced. While sometimes the nationality was not clearly stated the storylines and backgrounds hint that they are from our heritage.

Yarudora series is originally for PlayStation. It is set in Japan where the player assumes a role of a man who met a woman suffering with amnesia named Maria Santos. The visual novel with title of Sampaguita had been released for PlayStation Portable in 2005.

Released in 2000 as a strategy role playing game, Front Mission 3 involves two Filipinos in the Philippine leg of the game. In a part of the game, the player will have to go to the Philippines and recruit 17 year old Pham Luis who is a rich girl and Jose Estrada who was a prisoner in a Taal Volcano base of Oceania Cooperative Union military. In the end the mission fails when the bomb detonated in Batangas.

Anito: Defend a Land Enraged is a Philippine made video game set in 16th century where the heroes Agila and Maya have to find their father, Datu Maktan, to regain peace in Mangatiwala tribe.

Then there are Namco Bandai Games’ very own Talim of Soul Calibur and Josie Rizal of Tekken 7. Talim is a priestess set in a journey to restore peace to the world by returning shards of Soul Calibur to the right place. Josie has no background story yet but there is a hint that she has a past that makes her cry after winning battles.

Soon, Zeenoh Games, a Philippine based indie game developer will introduce Nightfall: Escape, a horror survival game where a Filipina name Ara will be a protagonist. She is a journalist investigating a mansion which is full of monsters derived from Philippine folklores.