The actress shared that she was with her boyfriend at the time and she had been suspecting that se is pregnant. She then decided to take the pregnancy test which confirmed her hunch that they are going to have a baby. 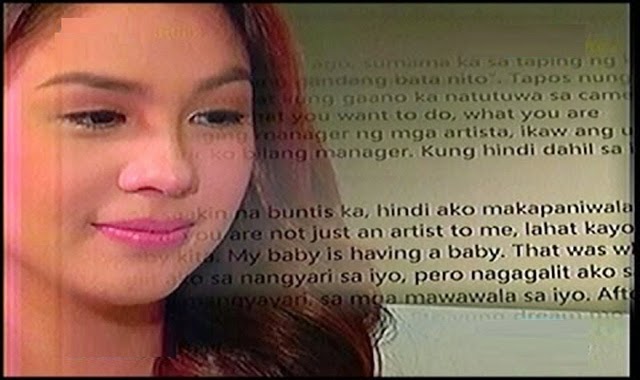 The ‘ Kailan Ba Tama Ang Mali?’ star also shared that her non-showbiz boyfriend named Vino is a family friend and they are now together for a year. The 22 year old actress is three months pregnant. According to Philippine Star, Vino is Teofisto Guingona III’s nephew. He is also a model

Schuck also shared that she had felt afraid and confuse after learning about her pregnancy. She didn’t know how would her family and friends , as well as her co-workers will react. She was confuse on what will happen to her in the future. When asked about her family’s reaction, she shared that her mother was shocked, but immediately accepted the fact.

She plans to go back to work after her pregnancy if she were to be given a chance, and admitted that she will need to prepare herself.

Before her confirmation, rumors had been circulating about a certain pregnant actress who is starring in an afternoon show in GMA Network. Schuck is in ‘Kailan Ba Tama Ang Mali?’ with Dion Ignacio, Geoff Eigenmann, and Max Collins. This is her first project with GMA after she left ABSCBN in November last year.