Pinoy DOTA gamers ‘Rave’ were disembark from their flight back to South Korea by the immigration officials due to travel documents. Senator Bam Aquino asked for an explanation from the officials of POEA and Bureau of Immigration over their action against the team. 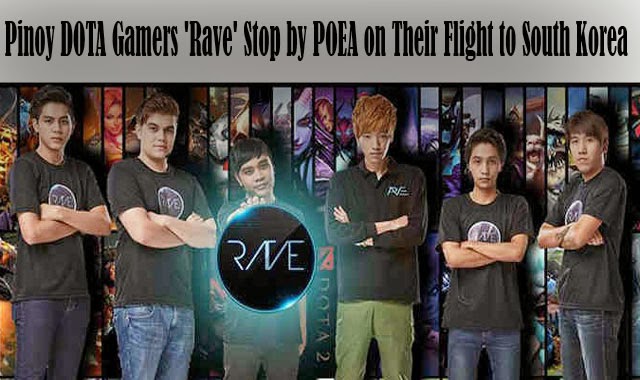 Members of Team Rave were supposed to return to Incheon, in preparation for the Electronic Sports League (ESL) One Frankfurt 2015 and the RedBull Battle Grounds.

“In the past, the team traveled back and forth using the same documents without any problems. Now they were told to disembark without good reason. Worse, it came at a time when they should have been preparing for several international tournaments,” Senator Aquino said.

Due to the unfavorable situation, they were forced to play the online qualifiers for the ESL One Frankfurt tournament in an Internet shop somewhere Manila last April 5, 2015. Due to intermittent Internet connection, the team lose two games.

Senator Aquino lamented the lack of government support for talented cyber-athletes. “The government should be able to accommodate our cyber-athletes to enable them to improve their skills so they can perform better in the global arena,” he said.