Julio Cesar Chavez Jr lost by technical knock out after he had been knock down in the ninth round and was unable to respond to the bell for the tenth round.

Chavez, former middleweight titleholder, loss for the first time with a technical knockout on April 18, 2015 in Stub Hub Center in Carson. He lost against Andrzej Fonfara after the latter landed a left hook. 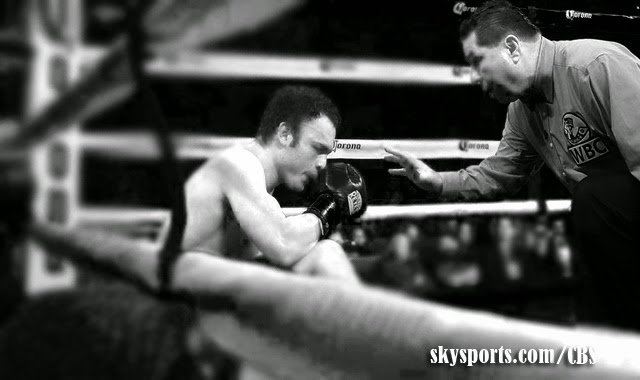 Chavez had never been knocked down before in his career but he went down with Fonfara’s left hook just one minute in the ninth round. Chavez was able to rise up and throw more punches with unsteady knees until the bell to end the round rung. On the tenth round, Chavez was unable to answer, complaining of his injured leg. He asked his trainer, Joe Goossen, to stop the fight. When the fight ended, fans grew angry and started throwing beer cans in the ring.

It is the first fight of Chavez in 13 months and under Al Haymon as his advisor. Chavez left Top Rank which launched his career in 2003. During the fight, the Mexican had scored 88-81 in two cards while the last one was 89-80.

The 29 year old boxer said that he felt he was winning until the seventh round when he felt the compelling strength of his opponent. He further explained that the new weight made him feel that he has heavy body but not his hands. He then asked for a rematch in 170 pounds. He also shared that he is a fighter that can lose and win but in the end he fights for the fans.

The 27 year old Fonfara from Chicago shared that he already knew that he is going to win the fight. He said that he knew his opponent is a good fighter but in the first round, he already knew he will win.