Home celebrity Jam Sebastian of Jamich is Dead March 4, 2015 Battling with Cancer
After battling lung cancer for months, Jam Sebastian, half of the YouTube couple sensation JaMich, had passed away at 10:30 in the morning of March 4, 2015 as posted by his mother, Maricar Fernando Sebastian, on her Facebook page. 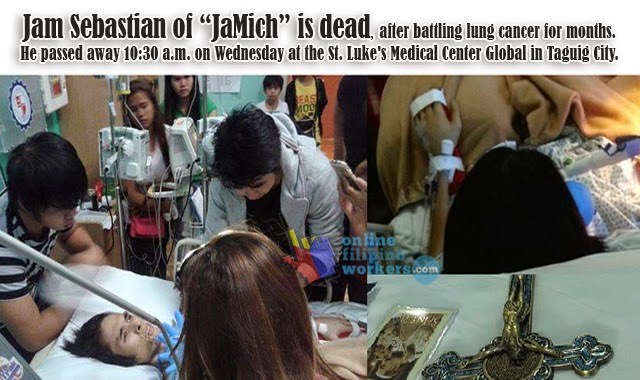 Michelle Linggayu shared that the family had decided to let Jam go. With this decision, they waited until the last of the medications had been given and let Jam pass away peacefully. She shared the pain of seeing her fiance in such condition, waiting for the inevitable, deciding what he will wear and other burial plans. 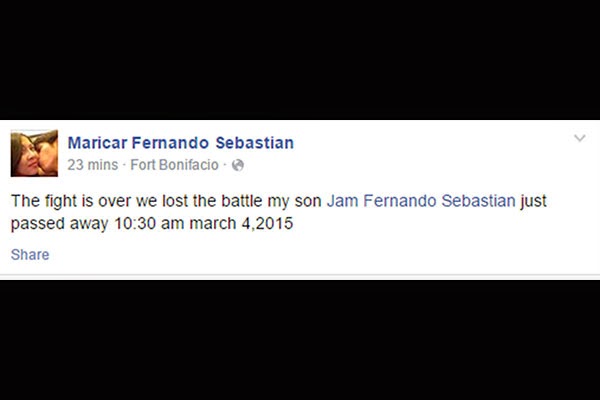 She asked for prayers that Jam will be finally have comfort and love in the arms of God. She wanted to dream of Jam, consoling them that they had done what was best. 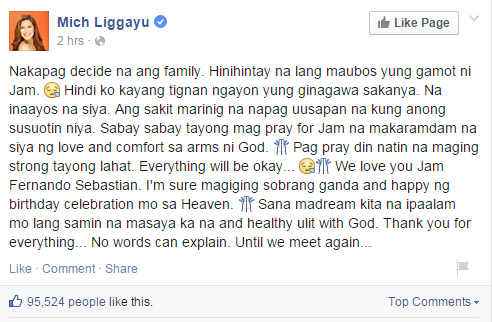 Jam Sebastian had been hooked on life support since Friday. He had been unconscious and unstable. Soon their hopes had been lifted when he gained consciousness and was able to communicate with them. In the recent post of the people around him before he passed away, Jam’s condition had once
again deteriorated.

Weeks before, it was Jam’s wish for his family to let him go, but it was his mother who told him that they will be fighting against his illness. Fans and friends had been supporting him after his illness had been made public last year.

Mich, together with his friends and family are asking for prayers that Jam would finally have peace and comfort.