We hear news of celebrities getting cancer and dying of the illness. Their stories are televised and we become aware of it effects not only just on the patients but also to their families. Cancer had grown into a common disease that many feared, however there might be common habits that puts you to a greater risk of acquiring this disease. 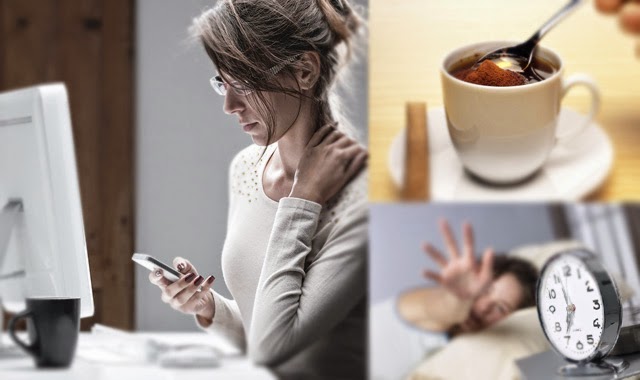 Top 7 Simple Habits That May Cause and Give You Cancer

It is better to carry your cellphones in a purse. Real the phones manual to know how to properly use the phones, try to know the Specific Absorption Rate (SAR) of the phone you are purchasing, turn off your phones if you are not using it and be mindful of areas with weak phone signals as phone are said to emit more radiation when working harder. If there is redness on the breast or other noted abnormalities, consult a medical opinion.

We all know that exercise is very important for our health yet we seemed to lack the initiative to move around and break some sweat. Here’s an inspiration, it will not only give you the body you have been wanted, it will also lower the risk of , postmenopausal breast, colorectal and endometrial cancers. As shared by  Alice G. Bender of Associate Director for Nutrition Programs, American Institute for Cancer Research (AICR).

Persons with sedentary lifestyle has a higher risk of having colon, endometrial, and lung cancer according to Journal of the National Cancer Institute. As it had been found out, 2 hours of continuous sitting increases the risk. The common idea of 30minutes to an hour of exercise each day then going back to sedentary lifestyle for the rest of the day is actually not making a difference with the level of risk. You need to move your body more so as to balance your body’s internal environment.

Your beloved lemonade, soda and iced sweetened tea increases your risk of endometrial cancer as they have high glycemic index. With too much sugar in the body system, this creates a environment soothed for the growth of endometrial cancer cells. These drinks also increases other cancer risks such as breast, kidney and ovarian. If you can not totally live without them, you must at least cut back, have small amount in less frequent times.

Alcohol actually increases the risk for colorectal, pharynx, larynx, breast, esophageal, and liver cancers. Whenever our body ingests alcohol, the by product is carcinogen according to Bender. It also increases the build up of excess fat leading to obesity. Wine, beer or other drinks does not matter as long as it has alcohol, it all has the same effect.

British Medical Journal conducted a study in 2013 and yielded the result that women who had worked night shifts for 30 years or more have a higher risk of breast cancer. Night shift work is only the one to blame, sleep disturbances, vitamin D, upset body rhythms, and lifestyle differences may also be some of the factors.

Journal of Clinical Oncology actually published a study that shows the rising rate of oropharyngeal cancers since 1984 in United States. This is caused by the Human Papilloma Virus infection acquired from oral sex. Likewise with sex, the more partners a person had oral sex with, the more chance to have oropharyngeal cancers.