Krisel Mallari gained applause and admiration from some people who think of her as an advocate of freedom and reformation. Others see her as a bitter adversary who could not accept defeat. But this particular incident that other people see as a revelation is not actually new. In fact, it never grew old. 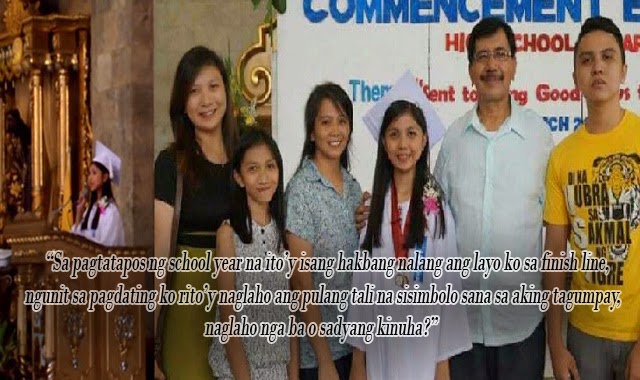 Corruption starts at an early age.

Even at a tender age of four in preschool, children are being exposed to this kind of injustice. If your mom or your dad knows how to play it well, it would be very easy for you to bag an award or medal. Your parents just needed to be close to the teacher. This is not a general fact but a majority truth. Whoever is the student who could donate more or give more to the teacher would likely be rewarded. That’s why there are children who are aptly named ‘teacher’s pet’.

This would continue on in elementary. You could be one of the smartest kid in your class but if you lacked charm to your teachers, you would likely be ignored. Back in elementary, I’ve heard that two students in our class tied up for the first place. How did the class adviser decide? She chose the one who never fails to give her a gift for her birthdays and Christmas.

At a young age, children are being taught that the best way to get to the top is to bribe someone. Even if you do poorly, if you or your parents know how to play the political game, it is sure that you would pass. We keep wondering over and over again why the Philippines is one of the most corrupt countries in the whole world. Krisel Mallari just showed us why. She told us the truth that we already know but oftentimes ignored because it is what we have been used to for the longest time. People should be rewarded based on what they do or how they do it. Not by who they know. Not by what they gave to those they know. Or how they would pay back to those they know who gave them favors.

Hopefully, this is not just something viral that would die down when the fever is gone. Hopefully, this would open the eyes of many Filipinos to the ‘corruption’ we instill in our children. Reformation seems next to impossible. But if we raise honest and dignified youth, we gain a chance to a reformed government system. Eventually, they will outnumber us. And we, the once children who were raised to accept that corruption and injustice is a way life, would be extinct.

About the author: Jam Casadores is a former contributor for Bayanihan News Australia and currently a part-time blogger/writer for different websites. She also teach English to Korean and Chinese students online.