The man who owned the bag that had caused a 64 year old lady to fall flat upon tripping on it had finally been identified and charged by the woman’s family. The incident which happened in Bacolod-Silay Airport had gone viral after Charlotte Lopez Hofilena posted the CCTV footage of the incident on Facebook. 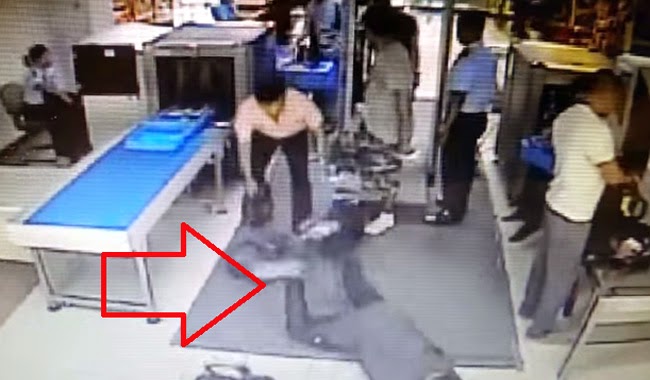 The man in yellow shirt had been charged with reckless imprudence resulting in serious physical injuries. The fine charged on him will not be lower than 5 million pesos. Despite the apology given by the man through his lawyer, the family had chosen to push through the case as the money offered by the man was not enough to cover the expenses.

In the Facebook post, Rosario Hofilena narrated that neither the man’s camp, nor the airport did anything to help her mother financially nor helped in identifying the man, thus, she resulted in posting the case on Facebook.

In the CCTV footage, it was seen that the man in yellow shirt was in the same line as Hofilena. They were both waiting for their luggage. The man had put his bag beside her. Hofilena tripped on the bag and had fallen face flat. Men rushed to help her but the owner of the bag acyed that he did not see the incident he had caused and went away from the scene.

According to Hofilena’s daughter, the incident had caused her family much both financially and emotionally. Her parents had trauma while her mother alsi suffered severe injuries. Furthermore, their lawyer, as reported in GMA News, revealed that the man initially offered to pay for the incident and apologized but said that he was not to be blamed.