Police ruled suicide after Baby KARA’S Ahn Sojin was allegedly found unconscious in an apartment complex garden. The idol was immediately rushed to the hospital but was failed to be revived.

Sojin was found on February 24, 2015 in a garden of an apartment complex. The police concluded the case as suicide as they did not find any evidence of foul play. According to  Daeduk police representative, all the evidence found in the scene of death points out to suicide and nothing else. An autopsy was note done because Sojin’s family wanted to send her off in the most peaceful way they can. 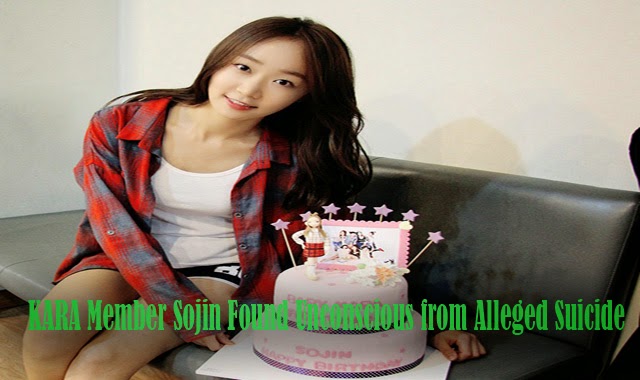 As it had turned out, Sojin had been experiencing depression which might have led to her suicide. Though the case had been move to a close with the said conclusion, a suicide note was not found. The authorities had asked people to stop drawing other conclusions from the case.

On February 25, DSP Media released a statement confirming the incident and expressing their condolences to the bereaved family. While their contract with Sojin had apparently been dissolved a month ago, the network had promised to help the family in any way they can.

Sojin had first been known after she was introduced in a talent search called ‘Project KARA’. The Project KARA was started after the original members Nicole and Jiyoung left the group in short interval. DSP media had then decided to find replacements through a reality TV show to which Sojin had been the first contestant. The show had started airing on May 27, 2014 and on July 1, 2014 Heo Youngji was the announced winner.

After the show, Sojin was said to have gone back to Daegu. Despite some speculations of a few people, the police had decided to close the case with suicide after thorough investigation.