Home local The Humbleness and Compassion of Jorge Mario Bergoglio Known to us as...

After Pope John Paul II, it had been very hard to imagine another pope who could conquer the hearts of many Catholics around the world. Following the bad publicity the said church had been getting for the past years from corruption to sexual allegations, the papacy has immediately shed light all with the compassion and humbleness that impressed the world through Jorge Mario Bergoglio or more known to us as Pope Francis. 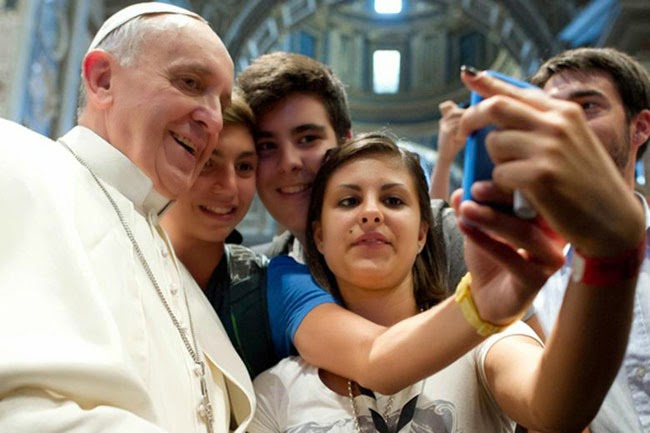 Pope Francis is remembered by those who were able to have a close encounter with him as an extraordinary pope, far from anyone else who had been appointed to papacy.
One example is how the then appointed pope took the bus with other cardinals to get his things from the hotel they were staying. He also refused to live in the gregarious home for the pope but rather chose to stay at one of Vatican’s guest rooms.
It came as no surprise to those who knew the Pope when he was still a cardinal because he was living the same simple lifestyle before. Even as a priest, he resides in a small apartment. As a pope, there is always a fear for his security but nonetheless, he never let it overshadow his simple take in life.

Another thing that made Pope Francis stand out is the compassion he had been showing to everyone. During one of his masses, he hugged and blessed a disfigured church-goer who had neurofibromatosis.

Regular people would be grossed out or avoid that person but Pope Francis did not. He was also known to be close to children, and always made it a point to bless children when officiating masses. This serves as a reminder to Catholics and Christians alike all over the world to be humble and compassionate as Jesus instructed His shepherds to be.