The highly anticipated Pacquiao-Mayweather fight that everyone has been waiting for but majority has been doubting takes a new progress as reports of venue agreement was released. It has been known that Mayweather had been procrastinating against a fight with Manny Pacquiao which the later denied in a recent interview, citing that it was really Bob Arum’s fault why the fight had been overdue. 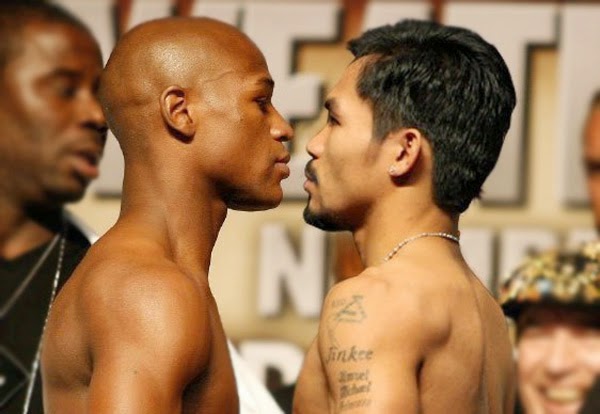 A sportswriter for LA Times reported that Pacquiao and Mayweather’s camp already agreed on the venue of the ‘superfight’, which was the MGM Grand Garden Arena. One of the conditions before the bout takes place is an Olympic-style drug testing procedures. It could be recalled that for years, Mayweather had been accusing Manny Pacquiao to be using performance-enhancing drugs, which the later retaliated with a libel case.

Another decision yet to be settled is the purse split. Mayweather had been insisting that his potential opponent should only get half of the revenue of the fight since Pacquiao’s Pay-per-view rating had significantly lowered after incurring some losses. According to reports, Pacman has already agreed to the lower half of the purse split just to meet the demand of the American boxer.

Floyd Mayweather Jr. was also the one to decide of the fight date. He wanted it to happen on May 2 this year, which is closest to the Cinco De Mayo weekend. The said negotiations should be concluded in ten days so it could be promoted. This report coincides with a statement made by coach Freddie Roach two days ago. According to him, the fight, which is expected to amount to $300 million, is closer to reality.

One of the rumored clauses under the fight is a demand for rematch from Mayweather’s camp in case he lose to Pacquiao. This leads to speculations that the undefeated boxing champion anticipates loss from the pound-for-pound champion.

ofw-admin - March 25, 2015 0
board-exams
Krisel Mallari gained applause and admiration from some people who think of her as an advocate of freedom and reformation. Others see her as...

Japan to Transfer 200 Manufacturing Companies from China to Philippines

ofw-admin - June 1, 2015 0
Abroad
Japanese Government announced its decision to transfer their 200 Industrial Companies from China to the Philippines. It is a good thing for thousands of...

Get NBI Clearance Online National Bureau of Investigation will no Longer...

ofw-admin - March 31, 2015 0
Abroad
UPDATED June 26, 2015: Getting NBI clearance used to be troublesome with long lines, many people and not comfortable environment. Now, we can say...

How to Link and Get your Paypal Account Verified with UnionBank’s...

ofw-admin - May 16, 2015 0
business
In need to have a safe online transaction? If you have a UnionBank EON Visa Debit card, you can utilize its use by linking...

ofw-admin - March 11, 2015 0
board-exams
Tesda now offers online courses that aims to benefit Filipinos who aims to upgrade or learn new skills but has no financial means to...

Must Watch Actress Jane Oineza is Back Again for ‘MMK October...

ofw-admin - October 21, 2014 0
celebrity
Jane Oineza is expected to be back in the MMK Episode to play as cancer patient on October 25.The actress has showed her talent...