DOTA or Defense of the Ancients, a multi-player online game most popular with the teenagers of this generation, was reported to be banned in a barangay in Dasmariñas City in Cavite.

The copy of the resolution had been circling social media sites showing the details and reasons for the said resolution. It was also stated that it was approved on January 5, 2015. Any internet shops within the jurisdiction of Barangay Salawag would be suspended from operations for the first offense, and revoking of business permit for the second offense. A third offense would result to a complete ban of the business. 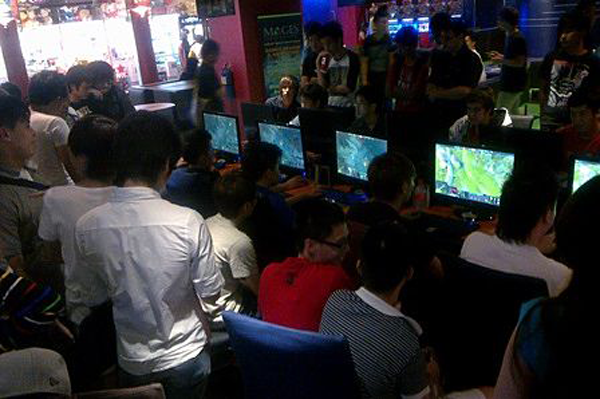 The reason for the said banned was the conclusion of the barangay officials that the said game was causing chaos and turmoil not only within the family but also in their society.
Another contributing factor was the stabbing of two teenagers last November 2014 which allegedly stemmed from playing the game. It was said that twenty nine from the thirty owners of internet shops they have met with agreed to the said resolution, stating that teenage players do become hostile at times when playing DotA, and sometimes displays uncontrollable hostility.

DotA, which was first released on 2003, is currently one of the most popular multi-player online game in the world, most especially in the Philippines.

Many teenagers are being addicted to this game which most of time resulted to cutting classes from school, and even gambling. It is also being alleged to be the reason for violent behaviors of some teenagers.
A hoax report from one website was released last year stating that a petition was making rounds for a total ban of DotA all-over the Philippines. It was even reported on the show Jessica Soho show but was later found out to be a hoax.