Home Government Because of Blogging, Raif Badawi Sentenced of 10 Years Imprisonment and 1000...
After years of legal battle, Saudi Arabian writer and human rights activist Raif Badawi received his first fifty lashes this month. He supposedly would receive fifty lashes once a week for 20 weeks. He was also fined one million riyal, and was sentenced to ten years in prison.

Despite calls from international sectors like Amnesty International and Reporters without borders, and denouncement from Saudi Arabia’s close ally, the United States, Badawi was flogged near Al-Jafali mosque in front of on looking worshippers. One witness who refused to be identified for fears of backlash stated that the activist was lashed for fifteen minutes but he did not make any sound nor cry in pain. The crowd was forbidden to take any pictures on their mobile phones. 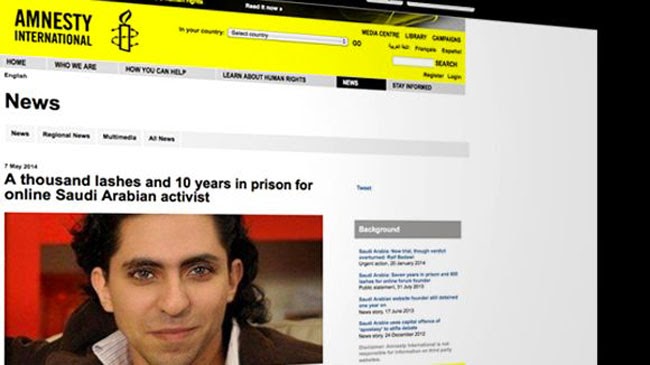 Badawi is a Saudi Blogger who created the website Free Saudi Liberals. The site was hosting materials criticizing ‘senior religious figures’. He was first arrested in 2008 but was also released after one day. However, he was banned from leaving the country and his bank accounts were frozen by the government in 2009. His wife and children were able to obtain a political asylum in Quebec, Canada in 2013.

Human-rights group are calling for a review of Badawi’s case citing that the said punishment was brutal and inhumane. The country is also being bashed for condemning the attack on the magazine Charlie Hebdo but is also suppressing the freedom of expression by inflicting the most barbaric punishment on its citizen.

Badawi was cited for apostasy or renouncement of his religion Islam. In Muslim laws, this act is automatically punishable by law. He has stated that he was a Muslim, though but everyone has a choice to believe or not believe.

Saudi Arabia has been known for its corporal punishments, and had been accused by Human Rights Watch to prosecute known peaceful human rights activists throughout the years.