A video of a Pakistani Taxi driver engaging in a conversation with his passenger using Filipino language is gaining attention from netizens. The three-minute video showed a Pakistani national in Dubai caught in camera with a Filipino named Richard.

The conversation started with a good morning, and the usual exchange of where you are from. The Pakistani also showed his ‘broad’ Filipino vocabulary by asking Richard to translate different words like sports, test and training. While the Filipino was unable to correctly translate the words, the foreigner apparently knew the correct terms. 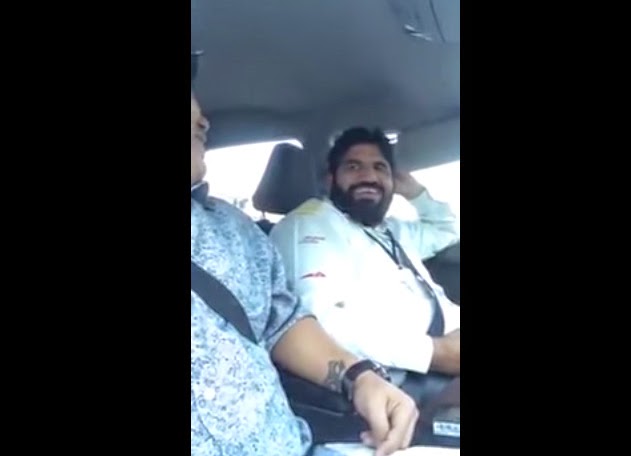 Furthermore, the Pakistani described Filipinas as vain, clean and fragrant unlike other nationalities. He also jokingly said that most Filipino men in Dubai who have wives at home tend to seek for girlfriends there.

The friendly Pakistani national was working in Dubai for eight years now. Apparently, similar videos of him speaking with different Filipino passengers had been uploaded in YouTube since 2011. In one of the videos, he said that he learned how to speak the language from a Filipina tomboy that had been his friend.The forty-something driver was also familiar with some Philippine food and vegetables.

Another video showed him talking about his preferred Filipino food. One of the passengers told him to come to the Philippines and guest at a local variety show so he would be famous. The Pakistani told her that he is already famous because of another YouTube video uploaded by one of his passengers.

Filipino passengers find enjoyment from the said taxi driver since it lessens the home sickness they feel when venturing in another foreign country by finding an equally warm companion who speaks their local language. It is not also a usual turnabout conversation but with the Pakistani guy also knowing a bit of Philippine tradition and culture.