Mayweather has finally broken his silence regarding the most anticipated fight with Manny Pacquiao. He issued a challenge to Pacquiao publicly daring the latter to a showdown on May 2 of next year. 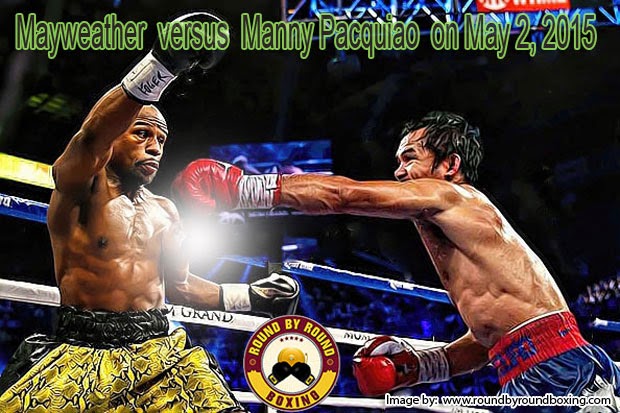 Furthermore, it was Bob Arum’s, Top Rank Promotions chief, fault why the said match had been hindered. He also said that the split in revenue is another issue they had to negotiate further. Mayweather had rumored to offer $40 million to Pacquiao which he reportedly refused.
On the next offer, the undefeated fighter says he could not offer the same amount since Pacquiao has lost to Marquez and Bradley. He also claimed that the latter’s Pay-Per-View numbers are dramatically decreased. He also demanded that the match would happen on Showtime PPV.

After Manny Pacquiao won his last fight with Chris Algeri, a lot of social media memes had been going around for Mayweather to fight Pacquiao.

According to Pacquiao’s side, the boxer would be more than happy to fight Mayweather, and make the most anticipated match happen. However, he also commented that he hopes it is not just another publicity stunt by the other fighter.

Although Mayweather’s record is pretty impressive when compared to Pacman, it had been rumored that his camp usually hand pick opponents he could easily knock-out, thus his apparent avoidance of Pacquiao.

ofw-admin - June 19, 2015 0
Abroad
This tiny and adorable octopus was discovered recently. Some people say it is adorable, some says it is cute, but one thing is for...

The Voice of the Philippines Season 2 Christelle Tiquis sings ‘To...

Millions of Doses of Vaccine for Ebola to be Produced by...

ofw-admin - October 25, 2014 0
health
The World Health Organization announced that millions of doses of experimental Ebola vaccines are expected to be produced by the end of 2015.It is...

The Voice of The Philippines Battle Round December 6 and 7...

ofw-admin - December 5, 2014 0
local
Lea Salonga vented her frustration on Twitter regarding an audience who leaked the results of the Battle Rounds of The Voice PH through social...

Celebrities and Netizens on Debate for Dress that Might be White...

ofw-admin - February 27, 2015 0
business
A photo of a dress is now being the root of confusion of many around the globe after it was posted on Tumblr. The...

ofw-admin - January 10, 2016 0
Internet
Philippine Entertainment’s “Master Showman”, also known as German Moreno, has passed away at 3:20 am on Friday, January 8. It came a year after...

Announcement of Mayor Rodrigo Duterte to Run for President in 2016...

ofw-admin - October 11, 2015 0
Elections
After months of speculations, supporters of Davao City Mayor Rodrigo Duterte are given more hope that he will be running for the presidential race...