Home celebrity The Voice of the Philippines Season 2 Battle Rounds December 6 and...

The Voice of the Philippines Season 2 Battle Rounds opened with the coaches singing a mash up of Christmas songs and their ABS-CBS Christmas theme song this year, Thank You. The Battle Rounds presents more emotions and energy not only from the artists but also from the coaches on December 6 and 7 2014.

Apl De Ap says that he is looking for stage presence, emotions and great voice. Bamboo on the other hand looks for a fighter. Sarah said that she want an artists who has a magic and a special connection while Lea wants the artists to avoid fear while performing. 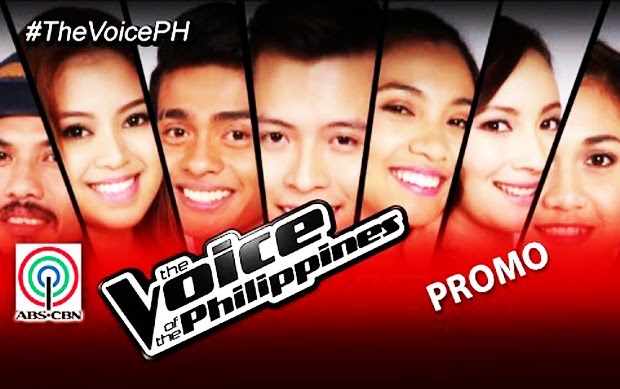 Team Lea’s Phillipe Go and Timmy Pavino sang ‘Forevermore’ by Side A. Lea seemed to feel the song’s message and silently sang with them. Sarah said that she had felt the song. Their coach described the song as gorgeous. The other coaches liked Go more, but Coach Lea picked Pavino to stay.

Team Bamboo’s Rita Martinez and Suy Galvez sang ‘Tainted Love’ to which Bamboo has described as hot while Lea said it was appealing. The rest of the coaches thought Martinez dd better. Bamboo picked Martinez to move on to the next round while Apl De Ap had used the ability to steal Galvez because he wanted an artist with her style to be added in his team.

Team Sarah’s Daniel Ombao and Jason James Dy sang‘On Bended Knees’, a song known to swoon women off their feet. Ombao knew the Dy had more experience and seemed to have felt nervous as he had forgotten some of the lines while singing. Bamboo liked the fact that Dy used falsetto instead of raising his voice but liked Ombao more. Lea and Apl like Dy, Sarah had chosen Dy to stay in her team and had let go of Ombao.

Team Apl’s Bradley Holmes and Jason Fernandez had performed a heartfelt ‘I Won’t Do Anything for Love’, knowing the inspiration driving the rock artist. He even invited their families to motivate them more. During the performance, the stage was filled with a song full of emotion. All three other coaches rooted for Fernandez. Apl De Ap had chosen Holmes.