Due to high controversial publicity, “The Interview” had been one of the most anticipated movie of the year. It stars comic actors Seth Rogen and James Franco as Aaron Rappaport and David Skylark respectively. The movie runs on a plot about an assassination attempt of North Korea’s leader, Kim Jong-Un played by Randall Park. 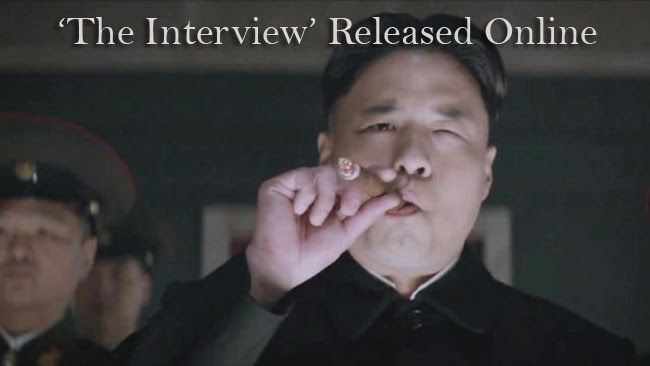 TV host Skylark and producer Rappaport was able to get the chance to interview Kim Jong-Un after learning that he was their fan. The CIA had approached them though, to assassinate the said leader. However, as the film continues, it shows how the two are very much unqualified for the job.

After much delay from alleged threats and hack-attack from North Korea, Sony is finally distributing the film through Google’s You Tube for a $5.99 rental fee, Google Play and the website seetheinterview.com. It would also be released in about 200 cinemas on Christmas day, despite fears of retaliation from North Korea.

It could be recalled just last month, Sony’s e-mails had been leaked through the internet, and the blame was put to North Korea. However, Sony and Google still managed to continue the release of the movie to fight against restraints of free speech. They admitted that the content was just silly and comedic, though.

After the online release, the film had been getting mixed reviews from movie critics, ranging from downright funny to just cheap laugh that wouldn’t be classified as classic comedy. Some online reviewers also deemed it a stupid idea to release the movie since it is basically a provocation of violence from North Korea. However, some still see it as just another comedy movie without any real intentions to spark a war or portray a political view of the communist country. One sure thing is movie viewers had been raving about watching the film to satisfy their curiosity of the controversy.