Social media was again rocked by an alleged sex video scandal this time by one of Showtime’s host, Coleen Garcia. In a statement she delivered through the talk show, “The Buzz”, Coleen vehemently denied that such video existed.

She also claimed that no one had ever seen a video, and such link being spread through social media was just a virus. She was confident that not a single video of hers doing a purportedly intimate act ever existed. 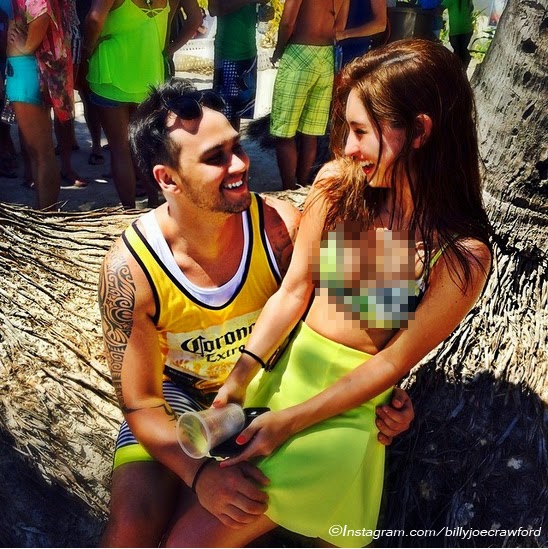 Apparently, the scandal rose after Billy Crawford, Coleen’s present boyfriend, had been arrested for causing a commotion at a police station. The link to the said scandal claimed that it was the real reason for her boyfriend’s ill behavior that night, causing him to get drunk. Such teaser urged a lot of Filipinos to click the said link to the video.

However, most people claimed that it only lead to other links to different websites. This was a familiar scene since the apparent private video of former couple Cristine Reyes and Rayver Cruz, which was also proved to be just an online hoax.

It could be remembered that the start of Billy and Coleen’s relationship also had a scandalous part since the former was still involved in a relationship with Nikki Gil for almost three years, and the latter was being pointed out as the one who caused their break up.

Many websites would pay a lot of money for traffic thus it is becoming a practice to troll people into clicking links using enticing, or even deceiving tag lines. A scandal had been tried and proven trending issue so most people use it to gain attention.

Although it could not be denied that famous people would often get involved in some lowly scandal, it would be better to think twice or be cautious when clicking links to it.