The Department of Health or DOH is again facing heat this time for allegedly using K-Pop group’s f(x)’s music without permission. The beat from the song “Rum PumPum” was used to create a music video as a campaign against teen pregnancy.

The song ‘Gaga Girl, Bobo Boy’ was already taken down by the DOH but not without a threat from the popular K-pop group’s agency, SM Entertainment of taking legal action against DOH for plagiarizing the said song. 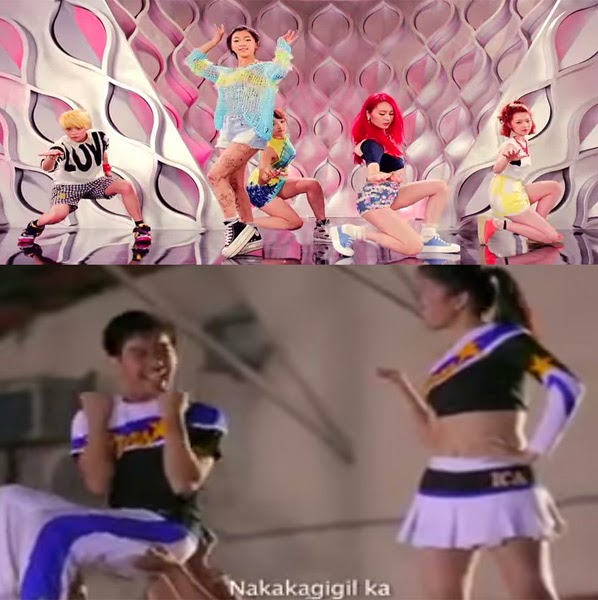 Aside from the plagiarizing issue, a number of netizens alsocried foul against the said public service ad. Some people believed that derogatory remarks like ‘gaga’ and ‘bobo’ should have not been used, others accusing DOH of being too tacky and judgmental.

The number of teenagers engaging in pre-marital sex had been on the rise, consequentially giving rise to teenage pregnancy. According to United Nation Population Fund Agency, teenage pregnancies rose by seventy percent over one decade, with adolescent girls from 10 to 19 years old being the risk factor.

However, the said video released by DOH proved to be a failed attempt since the upbeat music, the cheering squad routine and tacky lyrics did nothing to get any message across.It was simply a cheesy and titillating exchange of a boy and a girl and the voicing over of a presumably adult telling them to finish their studies first.

The ‘adult’ in the said video failed to elaborate to both teenagers the ill-effects of pre-marital sex and teenage pregnancy which should have been the aim of the said campaign.

DOH, after a series of scandals this year, had not issued a public statement regarding the matter presumably since the local government unit is still busy with the recent typhoon which just crossed the country. However, the silence had not been helping the agency but instead just firing up more speculations from netizens all over.

The Voice of the Philippines Season 2 Elmerjun Hilario sings ‘The...

ofw-admin - November 22, 2014 0
local
Elmerjun Hilario, an artist from Negros Occidental made it to The Voice of the Philippines Season 2 Blind Auditoin and landed on Team Sarah....

ofw-admin - October 16, 2014 0
board-exams
According to the Official announcement from Professional Regulation Commission or PRC there are only 4,123 passers in the examiners of 11, 137.Certified Public Accountants (CPA) Passers in...

ofw-admin - November 22, 2014 0
board-exams
The October 2014 Criminologist Licensure Examination (CLE) results will be released by the Professional Regulation Commission (PRC).The passers names will be listed here from...

ofw-admin - November 10, 2014 0
business
An onlooker of an unusual assault decided to take out his camera and recorded a video of an incident that happened at one of...