The elimination round schedule for the 2014-2015 Philippine Cup has finally been revealed to us by the Philippine Basketball Association, more commonly known as the PBA.

The 40th season of Asia’s first play-for-play league has begun with an inaugural conference at the Philippine Arena in Bulacan on October 19, Sunday.

After the 1:30 PM opening ceremonies had commenced, the expansion teams KIA Sorento and Blackwater Elite tangled at 3 pm. On the other hand, teams Talk ‘N Text and Barangay Ginebra collided in the day’s main event at 5:15 PM. 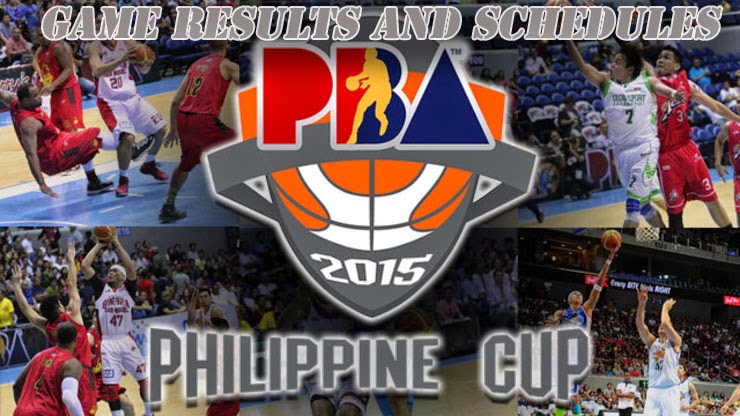 The Philippine Cup will be featuring a single round robin elimination round with the top 2 teams automatically moving forward and advancing into the semifinals. The bottom teams, however, will be taking the boot.

Meanwhile, the middle ranked teams will face each other in separate playoff match-ups with the higher seeded squads. The winners of these matches will, then, be playing a best-of-seven semis series against the top two teams after the elimination round.

The finals will be a similar best-of-seven affair.

The schedule of the league will have a Tuesday-Wednesday-Friday-Saturday-Sunday pattern with all the games scheduled on Saturday will be played outside of Manila.

The first game of the matches on weekdays will be at 4:15 PM, with the 2nd game tipping off at 7 pm.

On Sundays, the games will start at 3 pm while the main event will follow at 5:15 pm.

A total of ten games for the All-Filipino conference will take place out of town, including the two opening day games in Bulacan.

A majority of the elimination round games will be played at the SMART-Araneta Coliseum though some matches will also be played at the Mall of Asia Arena, Cuneta Astrodome and the Ynares Center Antipolo.

Barangay Ginebra battled KIA in Lucena City last October 25. The match was highly anticipated as the crowd takes on the team Manny Pacquiao coached. NLEX Road Warrior travel to Lanao del Norte to face the San Miguel Beermen on November 8 while the Meralco Bolts duels with Rain or Shine on November 15 in Davao City.

On November 29, the PBA returns to Biñan for a game featuring Blackwater and Talk ‘N Text. On the other hand, Dipolog City will host the December 6 game between San Mig Coffee and Barako Bull.

December 9 is determined to be the last playdate of the eliminations which will be played at the Cuneta Astrodome.