Yet another video had grown viral in the web recently and no, it is not one that you could easily encounter about every day.

Youtube prankster group Simple Pickup has offered this very strange examination with the woman starring in the video named as Marissa. For every man that agrees to let Marissa check their nether regions, the group shall raise $100 or £64 as donation for the Movember campaign. 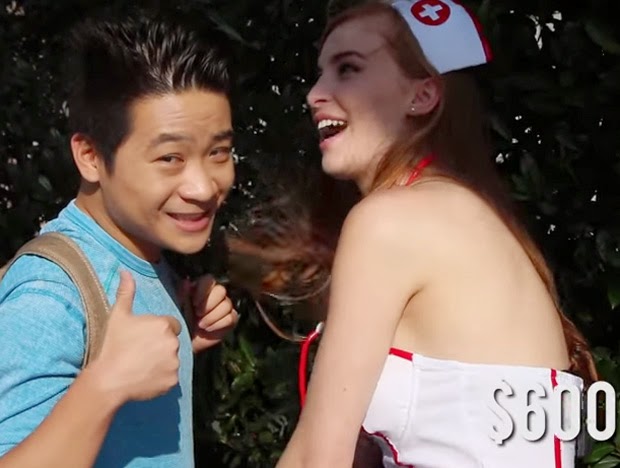 The video has been viewed for more than 3.5 million times and for every 100,000 times the video is viewed over 30 days, the group shall donate yet another £64.

The awkwardness and, probably, the humiliation won’t be for nothing though for the whole test was done for a good cause. 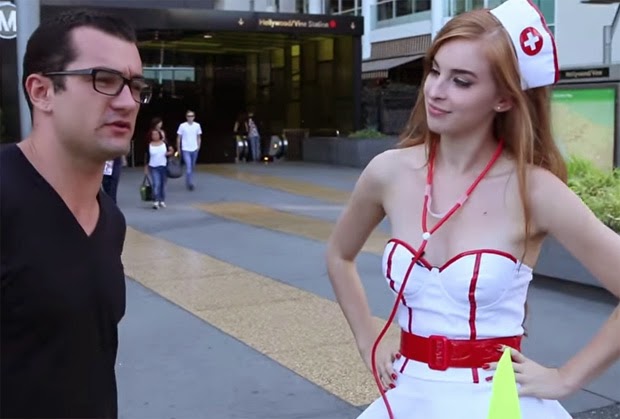 The star of the video, the attractive woman revealed before as Marissa, goes around in a novelty nurse’s uniform, armed with a supply of rubber gloves. This lovely woman would approach men on the streets, offering to perform touch tests on these men’s genitals.

After sheepish responses from many of the passers-by, it was seen that one man was finally up for the test in order to receive the free, if not qualified, testicle check-up. 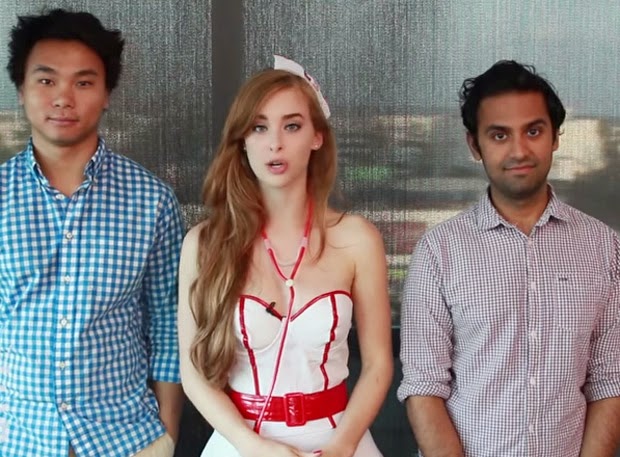 Marissa, then, goes for a fresh rubber glove and performs a check that she states that every man should do for their selves to know if something’s amiss with their testicles.

Funny reactions could be observed from these men.

It is not surprising that a lot of sceptical blokes and reactions could be drawn from the audiences considering that the group chose to patrol and do the tests in the Los Angeles street with a sign simply labelled with something as attention-grabbing as “Free Testicle Exams.”

Many of the onlookers gave the event their curious looks and immediately took out their camera phones to capture the moment.

It is also mentioned that another motive of the video is to show men how easy it is to self examine. So far, the whole test raised £2,600 and is still counting. Youtube/Simple Pickup

Most Beautiful Transgender Woman in Thailand

ofw-admin - November 21, 2014 0
celebrity
First seen by the world after being crowned as Miss Tiffany 2004, Thailand’s considered most beautiful transgender woman, Poyd Treechada captivated the nation at...

VIDEO Policeman in Payatas Manila Shoot and Pointed a Gun on...

ofw-admin - December 12, 2014 0
Government
A lot of Netizens are in uproar and determined to make a Facebook post viral and popular over the internet. The said post includes...

ofw-admin - December 8, 2014 0
news
Campaign awareness or plain animal abuse? Netizens’ opinions are divided with regard to the stunt pulled by Naturalist Paul Rosolie as part of Eaten...

Koreans Reacting to the Photos of Filipino Celebrities is Going Viral