Timothy Bradley, former holder of the welterweight champion title could not believe his ears upon learning the assessment of Chris Algieri regarding the speed of Manny Pacquiao.

It was quoted from Algieri that when Manny fought Tim, the Filipino boxing super star definitely looked fast but Bradley is not really known to be a fast guy.

On the other end of the note, instead of feeling insulted and offended by Algieri’s words, the Palm Spring’s native nearly broke out into sheer laughter after being shown the video of the New York-based boxer’s interview during the Pacquiao VS Algieri Press Tour last September 3, 2014. 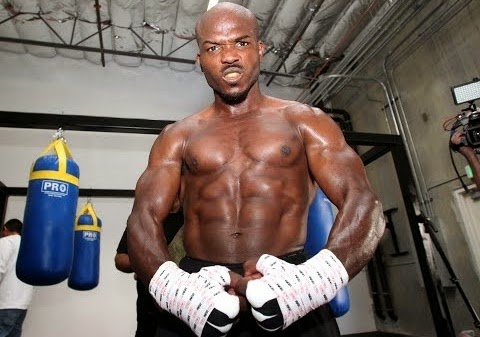 Bradley mentioned in a statement in an interview with Top Rank.com, he found it hilarious that Algieri had stated that he has quicker speed than Bradley, echoing Algieri’s words in a manner showing utter disbelief.

The former WBO welterweight champion then said that the New York native fighter will eat his words and is bound to learn his lessons about the truth of Pacquiao’s speed on the night of his fateful face to face clash with the Philippine’s dubbed “Pambansang Kamao”.

Bradley warns Algieri that the latter is going to have to change his mind about how his definition of the word ‘fast’. Manny Pacquiao, according to Tim, is all about lightning-fast feet, reflexes and angles and we’ll all have to see that moment of realization for Algieri when he’ll get to know what Pacquiao’s speed is like.

However, Bradley wishes Algieri a Good Luck for their upcoming fight on November 22 in Macau.

Towards the end of the interview, Bradley could not stop asking if Algieri really did claim that he was the faster fighter between the two of them if compared.

“He’s taller, but not faster,” Bradley said in a statement.

VIDEO Policeman in Payatas Manila Shoot and Pointed a Gun on...

admin - December 12, 2014 0
Government
A lot of Netizens are in uproar and determined to make a Facebook post viral and popular over the internet. The said post includes...

admin - December 12, 2014 0
celebrity
They say vanity is considered a deadly sin. This seemed true after Jobelle Bascug, the girl who was labeled by netizens as ‘the most...

admin - December 11, 2014 0
Government
The Department of Health or DOH is again facing heat this time for allegedly using K-Pop group’s f(x)’s music without permission. The beat from...

A Letter of Advice to the Newly Separated Single Mother

admin - June 28, 2015 0
Internet
Either the trash took itself out or you finally realized what a useless jerk your ex-husband was and finally decided enough was enough, congratulations!...

admin - October 11, 2016 0
business
Smokers beware, an executive order banning smoking in all public places is pending for review and approval by President Rodrigo Duterte. If signed without...

admin - August 22, 2015 0
Abroad
The magic of disappearance then reappearance of things seems to be common in a magic show, but how this guy multiples a single bottle...