Another artist who entered the Blind Audition of the Voice of the Philippines Season 2 November 8, 2014 episode was Vanessa Monot, a 25-year-old woman all the way from France. It was obvious in Vanessa’s intonation of voice when speaking tagalog that she has a foreign blood.

According to her, she joined the contest in order to find something to improve from herself and also in order to help her family, specifically her mother who was a Filipina. 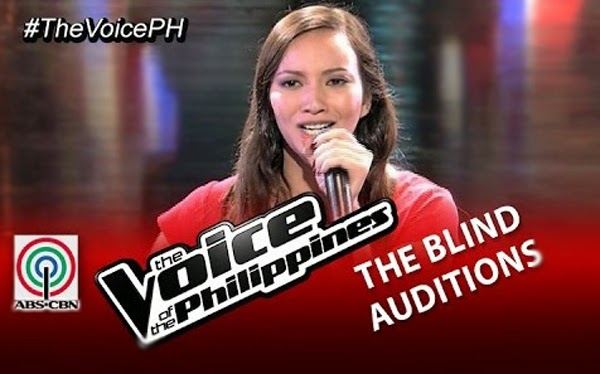 Vanessa became emotional during her interview when she talked about her mother due to the fact that her father already died. She added that her father died of cancer and it brings her down every time she finds herself thinking of him. Until now, Vanessa still posts her late father’s pictures in Facebook on which her mother does not agree with her.

The 25-year-old artists said in advance about her coach of preference when she was asked by host Robi Domingo and it was Sarah. Her reason was Sarah was at her age and she liked her music and the way she danced. Vanessa, despite having a French intonation chose an OPM hit entitled “Pangarap Lang” to be her piece.

It was Vanessa’s lucky day since the one who pressed the red button was her preferred coach. Coach Sarah was the only one who turned her chair that included Vanessa in her team. When Coach APL saw her, he brought out a rose and gave it to her.

When Coach APL approached her, he smelled her back and said “I just wanted to check if you were made from heaven.” The three other coaches gave their comments to Vanessa and Coach Sarah was very happy she became a part of her team.