Home local The Voice of the Philippines Season 2 Thara Therese Jordana sings ‘We...

Thara Therese Jordana, 23 years old from Cebu City graduated last April. When she was asked about her preferred coach, she said that it’s either Lea or Apl.de.ap. Thara is a natural born artist who loves singing. According to him, she cannot live without singing since she loves performing. 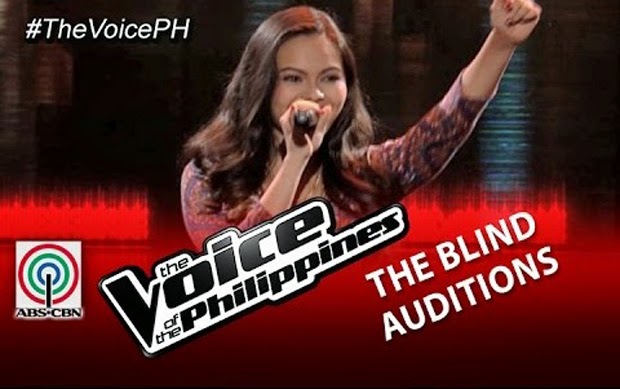 The convincing was now between coaches Lea and Apl.de.ap and it was a hard time for Thara to decide who among the two coaches who turned their chairs would be her coach since she mentioned earlier that he liked the two. In order to convice her, Coach Apl.de.ap said corny lines and Lea remained talking to her in a manner she believed could convince her. In the end, Thara went to Coach Lea after a tough convincing session.

What Lea would do to her is on technical and she believed she can work out on. Congratulations to Thara Therese Jordana of Cebu City for making it to the Blind Auditions of The Voice of the Philippines Season 2. Thara has a lot of things to give and let us see how Coach Lea will transform her to a better artist as the competition progresses.