If there is one word to describe Ramonne Rodriguez, a 20-year-old artist from Laguna, it would be versatile. Yes, and this artist can do a lot of things because she is so talented. She can host, dance, act and sing. With regards to confidence, there is no question about it since Ramonne loves performing in front of people.

The Voice knew already that she was very confident, they tried to give her something to do, a different one. And that was singing “bahay kubo” the sexy version. Not contented with her performance, she was asked to choreograph it and she succeeded. She danced while singing the song.

It was during that time when the red envelope was handed to her and she was surprised. 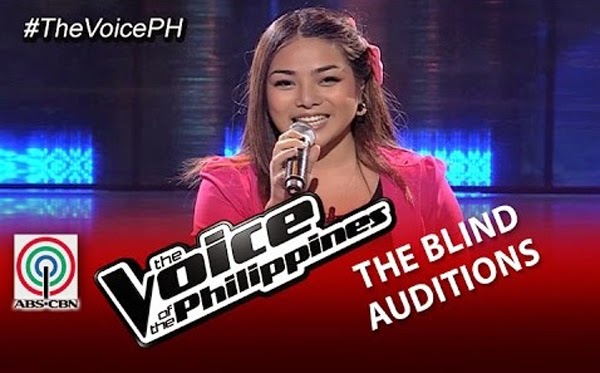 Ramonne’s motivation in joining the competition was sharing her talent to people so that they will also be inspired. Her confidence was noticeable while she was going to the limelight. Ramonne performed “Wala Na Bang Pag-ibig” that convinced the one and only Coach Bamboo who happened to be her preferred coach.

When the other coaches interviewed her, Ramonne was very witty. She always wanted to make people happy with her performance and she was privileged to be part of the Team Kawayan. Some coaches did not turn their red chairs due to the fact that they were finding something that she could do. But rest assured she will be developed by the coach who turned his chair. Congratulations Ramonne.

We look forward to more of your performances in the next Saturdays and Sundays to come.