The second artist who made it to the Blind Auditions of The Voice of the Philippines Season 2, November 23, 2014 episode was Mark Angelo Avila. Mark is 19 years old from Naga City. Right now, he is a Civil Engineering student from Ateneo de Naga. This talented artist is also a DJ and known as Louis on the radio. 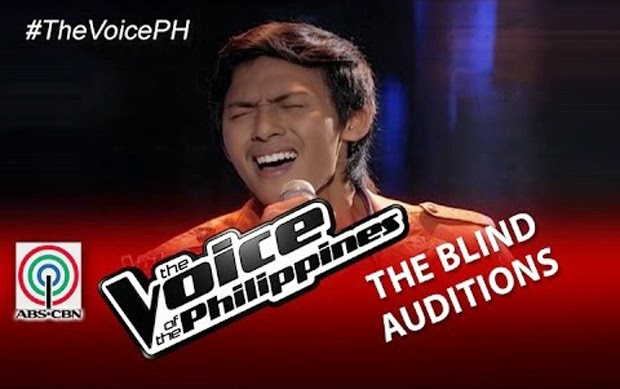 Mark has lots of motivations for joining the said competition but the greatest of them all is his mom. This was according to him. Not known to everyone, Mark’s mother is a frustrated singer that is why he did his best to make any of the coaches turn their chairs.

Mark Angelo performed the song “Ordinary People” that made Coach Apl.de.ap turn his chair. He did his best to render the song very well. And though only one of the coaches turned his chair, Mark is not losing hope and he believes that he will be able to surpass all the challenges of the competition up ahead.

Coach Apl.de.ap said that there is a lot of room for growth for Mark Angelo and he promised to do his best in order to help him grow. There were comments coming from the artists that did not turn their chairs. Coach Lea said that she sensed something “not natural” on the voice of Mark.

When Mark went backstage to meet his mother, he saw her crying. For Mark, his mission was accomplished since that was his desire for his mother. Let’s see what will happen to Mark in the next episodes of The Voice of the Philippines Season 2.