Home local The Voice of the Philippines Season 2 Leah Patricio sings ‘I Will...

Leah Patricio, 35 years old from Tondo, Manila was a mother and fan of Lea Salonga. She narrated that since she was young, she was already into Salonga’s music that whenever she heard of the artist’s song on the radio, her world would stop.

Her father taught her how to sing and stand in front of people. He knew already right from the start that her daughter had a potential. When her father was asked about the age when he started teaching Lea how to sing, he said 6. Lea recalled the times when they would cross the sea just to join a particular contest. It was their way of finding their luck. 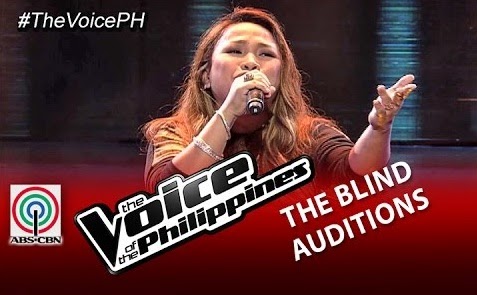 During her performance, Lea sang the Whitney Houston classic “I Will Always Love You” that made two coaches turn their chairs. The first one to turn her chair was Coach Lea who immediately pressed the red button at first chorus of the song and the second was Coach Sarah.

All in all, two of the coaches turned their chairs. Leah cried after her performance. And it was tears of joy for her.

When Leah was asked for her name, Coach Lea said “Akin ka na, I knew it, I knew it, I could feel it! “. Coach Bamboo admitted that Leah had a great performance and apl.de.ap said that she was brave with her performance knowing the fact that it was a hard song to sing.

Both the coaches were looking for something that is why they did not turn their chairs. Leah in the end chose to belong to the team of her idol Coach Lea Salonga.