Jon Philippe Go is a 25-year-old artist from Quezon City and a chemist by profession and working in a certain consumer goods company as product development chemist. He was working for 3 years already with that position making dish-washing soaps.

According to Philippe, being a chemist and being a singer can be compared to oxygen and carbon dioxide which are needed by humans in order to breathe. Both were Jon’s passion. According to him, music was his refuge when he felt tired from work. This could also be an outlet for him for he really enjoyed singing. 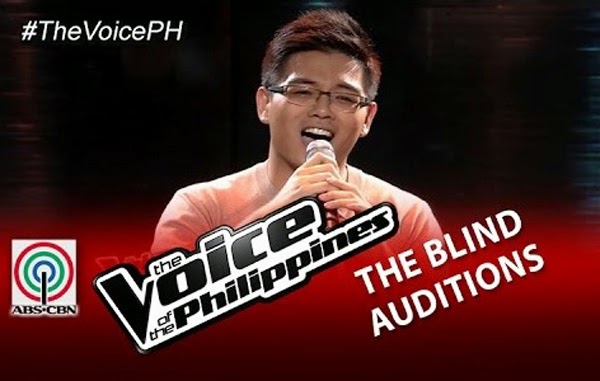 For the record, Jon used to weigh 220 lbs but now he’s only weighing 180 lbs. When he was asked how he lost 40 lbs, he said exercise and proper diet along with proper mindset.

Jon performed the Wency Cornejo hit “Hanggang” in his own version. Jon reached high notes that made Coaches Bamboo and Lea turn their chairs. He finished his performance excellently. And though Coaches Sarah and apl.d.ap were not able to turn their chairs, they explained the he had a great future with the two coaches who turned their chairs.

It was hard for Jon to decide since the two coaches were very aggressive on their desires to have him on their teams. Lea said that she turned first and she loved how Jon sang the song with love.

Coach Bamboo said the he liked the whole package including Jon’s look that time. Jon thought so hard in making a decision until he was able to mention Coach Lea’s name as his preference.