The island of Boracay never runs out of good artists since Ernaflor Tosco came from this place aside from Kokoi Baldo. Ernaflor finished the course Computer Secretarial but she found out that music is where she is good at. This became her motivation in pursuing her career. She is currently 28 years old and you will be amazed to know that aside from singing, she can do a lot of things including sports. In fact, Ernaflor is a member of the “Dragon Boat Team.” 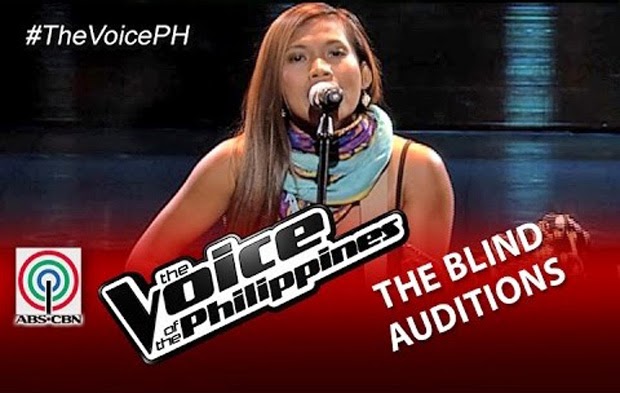 Ernaflor received unexpectedly after her training a red envelope. It was handed to her by host Luis Manzano after coming down from the boat. To her surprise, she went emotional and she was not expecting that it will come true.

You will be amazed of this artist since she still managed to perform despite the fact that she was not feeling well. With her guitar, she sang the Asin hit “Ang Bayan Ko” that convinced coaches Lea and Apl.de.ap turn their chairs by pushing the red button. She performed the song very well and it amazed not just the judges but the audience as well.

What we can remember the most on Ernaflor’s performance was her on-the-spot. Since she was holding a guitar, she used it to announce who among the coaches did she choose. Coach Apl.de.ap asked her to sing a song from Boracay and she did it. Ernaflor considered singing a calling and she responded to the call.

When the moment of truth came and she needed to decide who among the coaches who turned their chairs she would like to go with, she mentioned the coach which she considered to have similarity with her skin color in the person of Coach Apl.de.ap.