Home local The Voice of the Philippines Season 2 Elmerjun Hilario sings ‘The Sign’...

Elmerjun Hilario, an artist from Negros Occidental made it to The Voice of the Philippines Season 2 Blind Auditoin and landed on Team Sarah. This is when the coach was the only one who pushed the read button showing “I Want You.”

Elmerjun is a kind of artist that we can consider to be talented due to the fact that he can play seven musical instruments simultaneously. His experience being a “one-man-band” made him an excellent musician. The reason why he joined The Voice is to give entertainment and voice to musicians who chose music as their career. 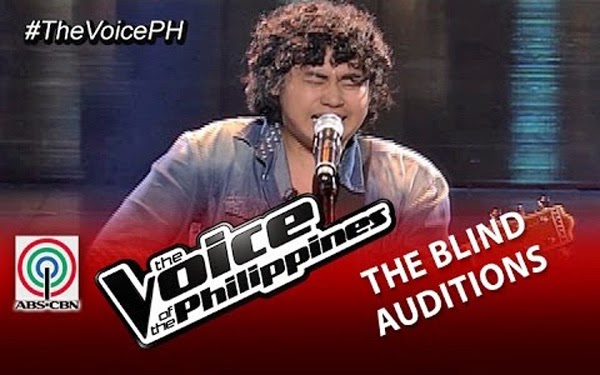 During Elmerjun’s presentation, he brought with him his guitar. Not known to all, Elmerjun is a wedding singer and full time musician. He is considered to be an energetic and enthusiastic artist who performed “The Sign” and made Coach Sarah turn her chair.

The delivery made the coach turn her chair. When Coach Bamboo was able to see him, he quoted “he was jealous” and he was supposedly be turning his chair. Despite the fact that he did not turn his chair, he knew that Elmerjun felt a kind of nervousness that affected his performance.

When he was asked about his preferred coach, he said that it was Coach Sarah. With what happened, Elmerjun, 25 years old, went to his desired coach. What the coaches liked about him was his attitude of doing his best for the sake of performance. He depicted the kind of trait that he needed to show the world. Congratulations to Elmerjun Hilario for making it to Team Sarah.